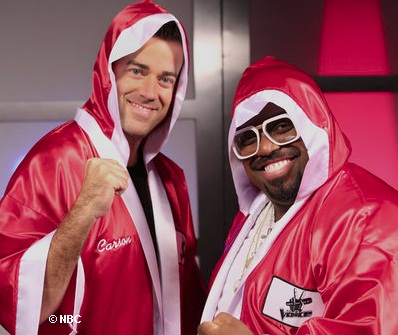 In season one we noticed as producers with Niki Dawson and Vicci Martinez and their particular battle round they had this incredible performance that made for great TV for us, great moment for everybody but Cee Lo who pitted them against each other. He ultimately had to say goodbye to one of them. As Niki Dawson walked out of the room we were thinking what such a great talent. It would be interesting if there was a way to keep her. Cut to season three “The Steal” enables us to offer a second shot if another coach is so inclined. We also saw the other coaches salivating as Nikki was walking away.

Like Fantasy Football, “The Steal” enables all of the coaches to be on stand-by. To keep their eye on all of the teams, all of the contestants. Which is great ultimately for all of the contestants because the coaches care about all of them, not just their team. You’ll see the The Steal added an element of intensity. Because you see the coaches light up, the chairs are sort of back in action. The power shift is back in action. All of the elements from the Blind Auditions that people love you’ll see now in the Battle Rounds. When we shot it, it was like Gladiator. People went nuts. It felt right. Cee Lo added “that’s where friendly competition does kick in. It’s like great, now I get a chance to work with someone who I thought I could do a better job with anyway. As long as they choose me. You can be not be chosen by a particular artist twice!”