Why Jimmy Fallon Wants to See SKYFALL in Sections!

Sneak Peek Amanda vs. Trevin Battle Round Airs 10/8 THE VOICE

Why Jimmy Fallon Wants to See SKYFALL in Sections! 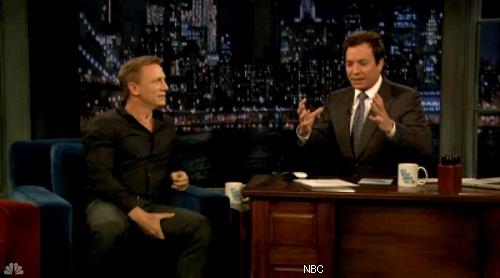 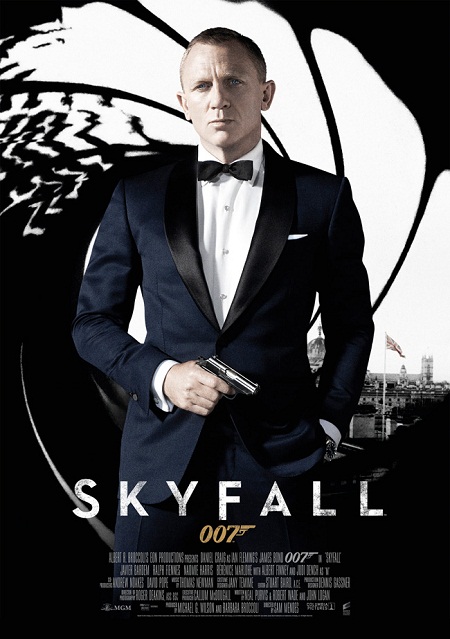 The “Late Night” talk show host interviewed James Bond star Daniel Craig about his new 007 film “Skyfall” and working on the action scenes in the movie.

Craig said when he first saw “Casino Royale” in front of an audience he didn’t realize how people would react. He said the Queen of England attended that premiere.

This year, Sam Mendes (Revolutionary Road, American Beauty) is directing “Skyfall”. Fallon joked that it’s one of the reasons why he won’t see it because it is “too much” for him and it will “blow his head off”. Craig suggested that he see it in “sections.”

The theme song, Craig said when they were deciding for the artist, Craig pushed for Adele because he said she thought she had the perfect “tone” to represent the film .

Fallon said Craig seems “fearless” and “awesome” because he seems like he does his own stunts. But, Craig said he does the “Roger Moore” stuff “which is much easier” he said, and films stunt scenes in front of a green screen and tied up when in rehearsals. During the actual filming, he said there is a very thin string supporting him during the stunt scene on top of a train.

Craig said he could not reveal the meaning of the title “Skyfall” to viewers yet. Fallon joked and asked, “are you in the movie, can we say that?”