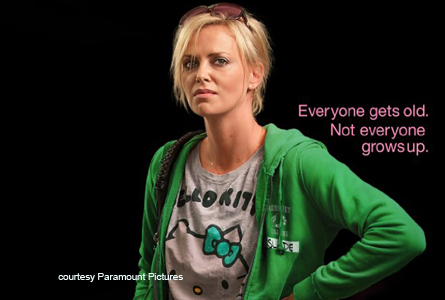 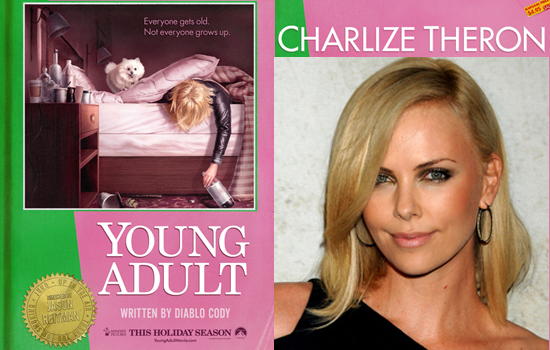 “The girl you hated in high school is back”- We have a sneak-peek trailer from Paramount Pictures of Charlize Theron’s new movie titled, “Young Adult”. Written by Diablo Cody (Juno) and directed by Jason Reitman (Up in the Air, Juno), this is a quirky film taking place in the small-town of Minnesota. Theron plays a thirty-something woman looking to re-stake her claim on an old boyfriend, played by Patrick Wilson, who is now married with a baby on the way. For this, Theron’s character friend (Patton Oswalt) advises her to “find a therapist”. This film also stars Elizabeth Reaser and is narrated by J.K. Simmons. “Young Adult” opens December 16, 2011. Watch the teaser below: