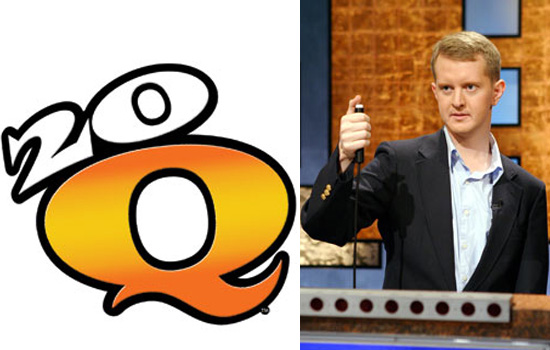 Humans Vs. Machine, what do you think about that for a show? That’s right people!

There’s a new game show tv pilot that was just shot yesterday and I love the concept of the game.

It’s three contestants that get to compete with a computer screen! The cutest thing about the show is that the computer screen named “Debra-Q” or called “Q”, has the human qualities of a sexy woman robot voice with an attitude!

This show has charming and talented Joey Lawrence as the host and 74-time winning Jeopardy Champion, Ken Jennings as the so called “residential expert”. Jennings gets to pick out the categories of a person, place, or thing that the contestants have to guess. For example, Jennings may pick a celebrity category and give you clues of what celebrity it could be. 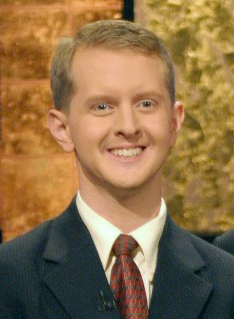 Ken Jennings is the “residential expert” on new TV pilot, “20 Q”.
The audience uses a little hand-held computer to enter-in their answers to whom they think the celebrity is. Whomever buzzes-in to submit their answer gets to run-in on stage and tell Jennings their answer. If that person is correct, than they get to be a contestant on the show and play against “Debra-Q”!

Jennings then tells the audience two more categories and then two more random contestants get on stage and play against “Debra-Q”! Each player that gets to play against “Q” get $1000 dollars!

In next round, Jennings recites a category and gives 6 clues on the screen and each contestant gets to ask one of 3 questions that are given. The contestants can ask up to 20 questions to figure out the answer. Whomever gets the right answer before “Q” or the Machine, that contestant goes-on to the next round and wins $20,000 dollars.

Another interesting thing that “Q” does to scare the contestants is that she tells the contestants how many words she is narrowing down her answer to. Obviously, the lower the number she shows on her screen, the more the contestant gets nervous and feels that they are under pressure.

So, in the last round that contestant picks out of 25 balls that are in 3 different colors that are labeled with covered numbers to reveal how many more times the contestant gets to raise their winnings with. For example, a contestant may pick a blue ball and if they have just won $20,000 and if they guess the correct answer for the category that Jennings gives the contestant then they get to uncover the hidden number on his ball to find out how many times they win on top of the $20,000! If they pick the number 6 ball, then the contestant would win $120,000.

The most money a contestant can win is $500,000. Good luck to anyone who dares to play against the MACHINE!