Ohno is Oh-kay as MINUTE TO WIN IT host on GSN! EXCLUSIVE! 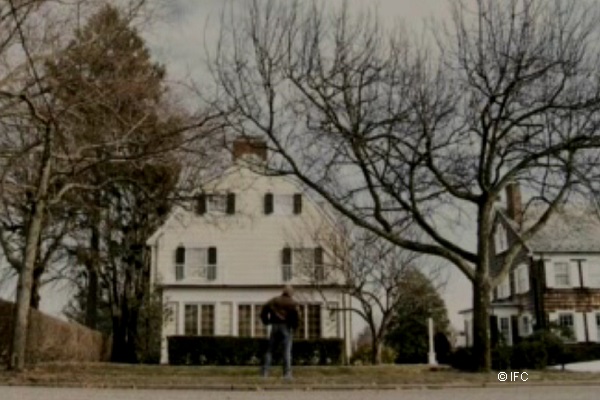 “Why did Father A. leave? She said I don’t know but he’ll be back or we’ll see him on Sunday.” The subject of a character study documentary directed Eric Walter who endured twenty-eight days inside the Amityville house is Danile Lutz.

This dodcumentary tells the story of the famously “haunted” Amityville house in Long Island, New York as it is told by one of the sons of the couple who bought the house in 1975, only one year after a mass murder occurred inside. Lutz said he left the house on January 14, 1976. This IFC documentary titled “My Amityville Horror”, shows Lutz re-telling occurrences that he experienced first-hand while living in Amityville at 112 Ocean Ave. as a young boy and the paranormal investigators and reporters his parents had come into the house along the way.

His mother, Kathleen Lutz found the house and bought it for her three sons and new husband George at a rock-bottom price of $80,000, and telling them of the house’s notorious past as they stood in front of it before moving their possessions inside. 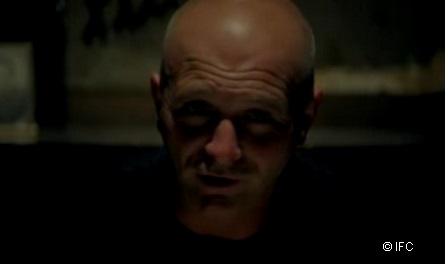 As told by her son Daniel Lutz, now in his 40’s, his mother brought a priest over to bless the house who left after only minutes upon arriving. Lutz said that this was his first sign that there was something wrong about the house. And then, upon first entrance of the play room, inside were 400-500 flies. “This was mid-December in Long Island,” said Lutz.

Lutz said that his Mother figured that was why Father A. left. Lutz killed about 100 flies with a newspaper. When he got his mom to show her when they went up to the room, here were no dead flies, and no newspaper. “That’s when my confusion started” said Lutz. He also stated “I know my life was turning into something that I had no control over and I became out of control.”

In retrospect, Lutz said about the entities in the house, “I think it was a force that was beyond my control. I do believe there’s evil.” However, he also attributes this evil to his own parents. His stepfather George in particular who insisted on adopting him and his bothers and who practiced Satanism. A practice that is commonly believed to conjour-up evil spirits and or demons. Lutz talked of being possessed at one time and experiencing an entity moving in and out of his body. He described it as feeling like being shot. He said it happened after a fight with George. “I was projected up the stairs and into the wall.” His mother was 15 feet behind him. 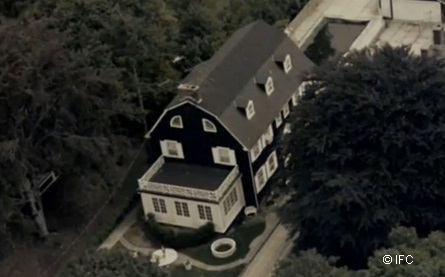 In “My Amityville Horror,” the character study of Daniel Lutz digs deep by showing his interaction with psychiatrist Dr. Susan S. Bartell who asks him questions about his past. When he asks her to share her most traumatic experience in her life before he shares his, she responds with hers was moving to a foreign land when she was young. Lutz scuffles and confides that it is difficult to open up about his much darker past knowing that her life essentially has not been one of hardship at all. The character study continues with parapsychologists and investigative reporters all of whom Kathleen and George Lutz worked with on an on-going basis while living in the house.

Steve Metropolis, a cameraman who covered war zones and riots, upon being inside Amityville, out of the blue he had some complications. He climbed the steps in the house, and he said he was overcome by something and couldn’t explain it. Unexplained phenomenon, Physic Lorraine Warren said that it was a demonic force from deep in the bowls of the Earth. The sewing room where the demonic force was the strongest. Lorraine said she had never felt such a force that she felt that night and said it felt like she was in hell.

This new view on The Amityville story is an interesting take from someone that lived it. Whether or not his experiences were exactly as he tells them, or embellished by what his young mind perceived at the time is still a question not resolved in “My Amityville Horror.” It is however, an interesting look inside the mind of Lutz who comes off as un-settled and somewhat un-nerving just watching him recount the disturbances he experienced that still haunt him today. His interview is photographed with dark lighting which encompasses him in to a floating head that adds to the story’s eerie, haunting feeling. Lutz describes living at the Amityville house as “an unfortunate gift in my life.” One indeed he can not forget.

“My Amityville Horror” is currently playing in select theaters and is available on Amazon and iTunes.