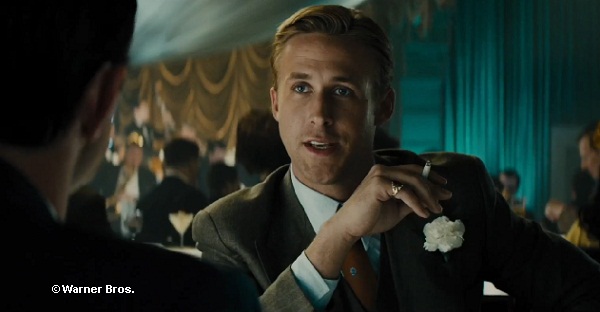 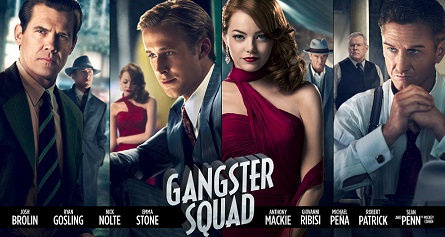 The stars and filmmakers of “The Gangster Squad” recently talked about the film’s story and characters at a Warner Bros. press junket. Director and executive producer Ruben Fleischer said that the “Gangster Squad” script reflected a period in time that was elegant…a world that he wanted to live in that inspired the making of the film.

DIRECTOR/EXECUTIVE PRODUCER – Ruben Fleischer
Fleischer said that the “The Gangster Squad” movie is inspired by true events, and the squad itself was assembled to fight the organized crime in Los Angeles. He said through the struggles and triumph of “The Gangster Squad”, L.A. never had organized crime again. Fleischer was a history major in college. So, he explained, “when I first read Gangster Squad I was just so excited by the script because it was a world that I wanted to live in – that elegant 1940s art deco period .. it was just a really exciting time.”

Emma Stone who plays bad guy, mob boss Mickey Cohen’s love interest said about the movie- “It’s a true story based on Mickey Cohen mob boss of Los Angeles in 1949 and the crew that was assigned to take him down.”

Fleischer talked about hand-picking the actors for this film. He stated that Josh Brolin brings so much to the character. “He’s a tough, tough guy. He looks like he stepped out of that time period. The script described the character as having a chin so strong you could break your fist on it. When you look at Josh Brolin he just lived up to that part.” 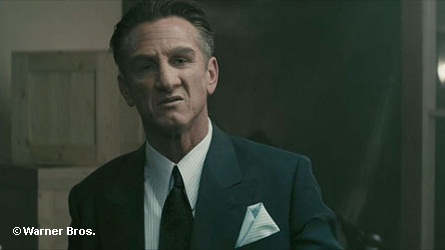 On Sean Penn, Fleischer said that Sean was the first person and really the only person that he thought of for the role. “Luckily he read the script and liked the character and wanted to be part of it. For me that was a huge victory because Mickey is such a dynamic character and memorable character.”

On Ryan Gosling, Fleischer stated that he is “truly an amazing actor and brought so much to the role and to the movie.” Fleischer has great fondness of Emma Stone and remembers his days of working with her on the film “Zombieland” when thinking about her for the role of “Grace” in this movie. He stated that he “just fell in love with her on screen” and that she is “someone that you can not take your eyes of of.” Fleischer also said on Stone that when she starred in the dramatic film “The Help” it showed audiences a new side of her outside of the regular comedic roles that she had been playing.

THE ACTORS:
Josh Brolin as “Sgt. John O’Mara”
Brolin talked about his character by stating, “The pride that his character has for his home town after coming home from the war – he identified with and wanted to be part of it. With this one I felt a real connection. He has honor. He’s considered a guy that’s hard to place because he doesn’t heed to all the rules. He knows what has to be done and doesn’t like the red tape. He starts recruiting guys. These guys went to war. Suddenly there’s brothels everywhere. 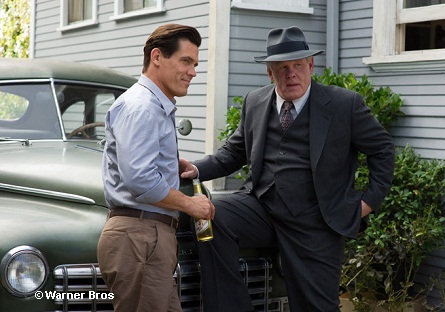 These characters have to become more gangsters than they are cops in order to beat the gangsters and clean up the city.” Director Fleischer described Brolin’s character as “he wants to rid the city of evil in the same way he wanted to help save the world in World War II. As a righteous and principled cop he can’t abide Mickey’s (played by Sean Penn) corruption. When asked to lead the “Gangster Squad”, he happily accepts even if it means putting his life and family on the line.”

Ryan Gosling as “Sgt. Jerry Wooters”
Gosling said of Wooters, “My character isn’t hired or picked because he’s a great shot or a good fighter or a good technician. He’s been able to stay alive. He has good instincts and knows when to take cover. I think he’s very smart. He’s not trying to be a hero. He has no fantasies about that . He served his time overseas and he feels like he’s done fighting. He comes home and there’s another war to fight but he doesn’t think that it’s his war to fight. There’s so much corruption that it seems pointless. He’s trying to stay above it. They decide that they aren’t going to be complacent and stand around and watch anymore so they put matters in there own hands.” Fleischer said of Wooters, that “he realizes that by sitting on the sidelines has real costs. So he has an obligation as a person and as a police officer to help take him (Mickey) down which is why he decides to join Gangster Squad.”

Nick Nolte as “Chief Parker”
Nolte described his character, Chief Parker as, “He knows who was on the take and who wasn’t on the take. Who was in what department and who to stay away from. He’s picked all the guys who have a little bit of disciplinary problem. That means they were out there doing things unofficially. He thinks that that’s a good selection. The total official guys are sometimes the guy that is paid off because he wants that squeaky-clean record. It’s a great old L.A. story about gangsters that hasn’t been told.” 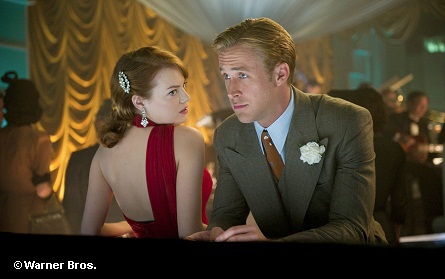 Emma Stone with Ryan Gosling in “The Gangster Squad”.

Emma Stone as “Grace Faraday”
Stone stated that Grace “starts to play with fire a little bit and starts to test the waters and wants to be alive again. She sits silently with Mickey at all these tables and playing this part. Wooters asks her to make a choice and come to live for him. The choice is forced upon her. Wooters refuses to let her go to Micky without an explanation of why she is with this man.”

Stone said its a huge asset to have Gosling play Wooters because there’s great banter there between them. “Grace is really quite around Micky. She doesn’t say much – she’s afraid of doing the wrong them or stepping out of line. Which is funny because she steps the furthest out of line that you can secretly. She is observant and terrified of Mickey.”

Fleischer said of his “Gangster Squad” film – “Every generation has their gangster film. Fifteen years ago it was “L.A. Confidential” Before that it was “The Untouchables” and in the 1970s it was “The Godfather”. Every decade has its iconic gangster film. We’re hoping that this one will be the next one and that lineage.”