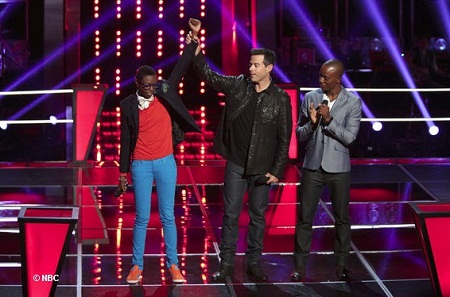 HOLLYWOOD JUNKET had the pleasure of talking to some of “The Voice” contestants after their battle rounds this week to ask them questions about the coaches and how they prepare for battle! Contestants we talked to included:
Celica Westbrook, Terry McDermott, Trevin Hunte, Amanda Brown, Cody Belew, Colin McLaughlin and De’Borah Garner 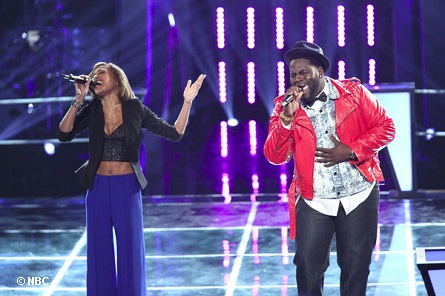 Q: What influenced you to pick Adam, Christina, or Cee Lo? Is it something that you thought about beforehand?

Amanda responded: My goal was to stay on the team that I was on. I hadn’t thought about what other team I’d like to be on. When the opportunity did present itself and the three other judges wanted me on their team…
honestly, what Adam said resonated with me more which is why I went with my gut feeling and chose Adam. 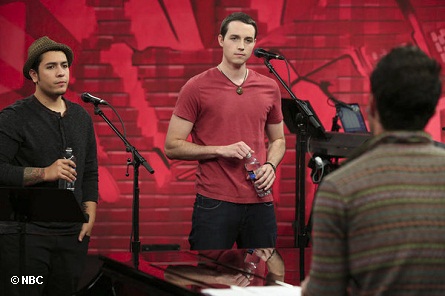 Colin replied: I was trying to win my battle and wasn’t letting any other thoughts in my head because i thought it would put me in the wrong mind-set going into the performance. Once I had that opportunity, Blake was the only one that thought that I should have won my battle. That shows he is committed to me. For the purposes of the show and that moment I felt like Blake would give me a better opportunity.

If you could cover one of your own coach’s songs, what song and why?

Amanda – We all made a list of songs we’d like to sing. Cee Lo’s Forget You is what I chose. I’ve always been a fan of that song. It’s brazen fun to sing and fun to perform.

Trevin – I would cover Cee Lo’s Forget You mainly because it’s a more up tempo song and people haven’t seen that side of me.

Cody – I went to one of my casting auditions with Cee Lo’s Fool For You. I really love that track and it’s actually something that I’d like to put out myself. 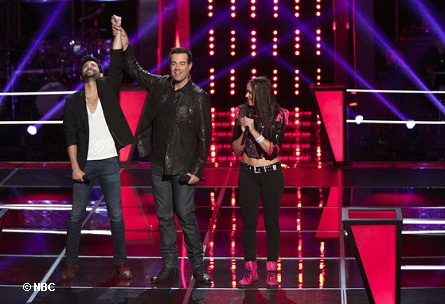 Do any of you have a ritual or routine that you do behind-the-scenes?

Deborah I am a professional Karokeer! Anything – I don’t care what’s on the screen, I’ll try to sing everything! 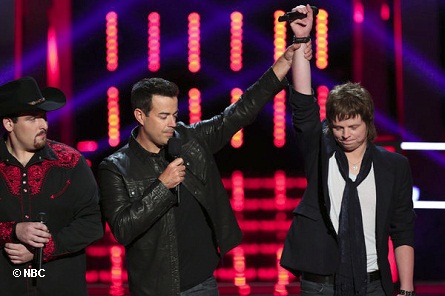 Terry – I don’t know why, I’ve always done my best tracks and rehearsal in the shower since I was sixteen. To the point where I just got a message from an elderly guy that lived on our street when I was growing up . He used to complain to his wife all the time how he could hear me out his window in the shower. He just got in touch and apologized that he’ll never complain about my shower singing again.

Celica – I think that practicing-wise, practicing songs – I love singing and recording my song first in the studio just so I break it down and work out the kinks. So that when I finally perform my song that it’s all worked out and it runs really smoothly… when I sing it live it will be great.