PROJECT RUNWAY: Designers Must Create for Other Designers! 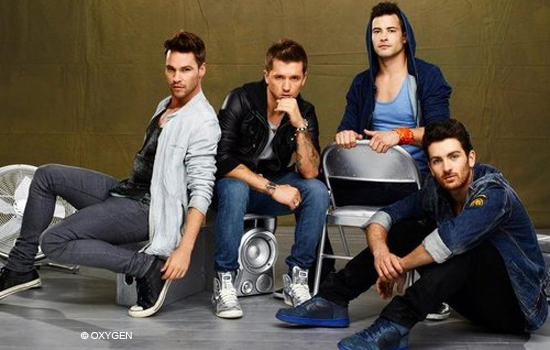 New reality docu-drama series on OXYGEN starring professional dancers, two of whom are alum of FOX’s “So You Think You Can Dance” and another two who were on “Dancing with the Stars” about their new partnership in opening-up a dance studio in Los Angeles called “All the Right Moves”. 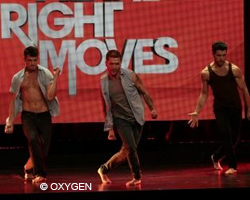 During this eight episode season run, viewers will see this group of friends’ struggle of finding out just how hard it really is to open their business, “Shaping Sound” and making it work. These friends are: Emmy-nominated choreographer from “So You Think You Can Dance” Travis Wall; Winner of season one of “So You Think You can Dance” Nick Lazzarini; and Teddy Forance and Kyle Robinson both from “Dancing With the Stars”.

During a recent conference call with reporters, the four friends talked about their business venture together. Wall stated, “We wanted to put on shows in L.A. not really understanding that like there is so much that goes into that…we kind of roughly all kind of started with this $20,000 budget. We ended up spending like, you know 300 times that. So yes, we were very naive walking in the situation, but I think we’ve all learned a hell of a lot through the process”. 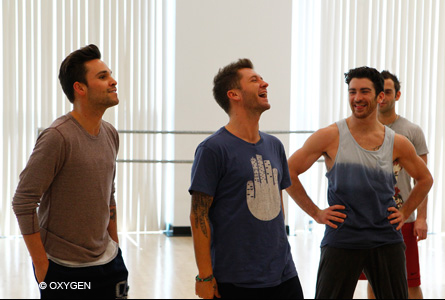 Starting their business together was the number one adventure, living together was the second. It was asked of them how living with the dynamic of two straight males with two gay males together under one roof. Wall responded, “We don’t even think about it because it’s our life and it’s been our lives…our sexuality has never been a factor in our relationship. We’re completely ourselves throughout this entire process”.

The most difficult part about the cameras following their lives to capture the series was, Lazzarini stated, “the time crunch of the choreography and some of the dance performances that we were doing. We were on a very, you know, short time crunch. So that was really hard, and also music clearance is also really hard too.”

Robinson got a surprise from the crew after arriving to Los Angeles. Robinson was told that he would have to audition for a place at “Shaping Sound”. “I was a little surprised for sure, and I think that you can see that in my face. I was a bit surprised and shocked , and I think it was just because of the way that the whole thing was presented to me”. Robinson said that ultimately he came because he believes in “the passion and the drive and their artistic integrity fully and because they’re my friends. And I wanted to make this thing be the best that it could be”.

“All the Right Moves” premiers on Tuesday, July 31 at 9pm ET on OXYGEN.

More on “All the Right Moves” here: https://hollywoodjunket.com/new-dance-docu-series-coming-to-oxygen-all-the-right-moves/