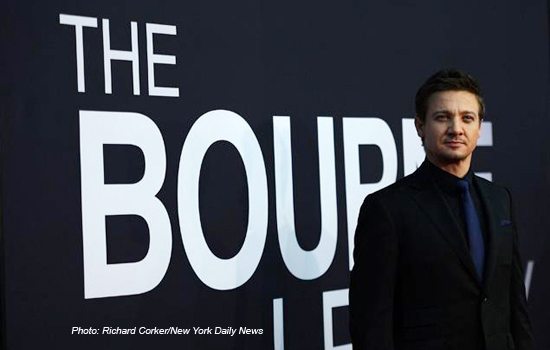 The follow-up movie to the “The Bourne Ultimatum” , “The Bourne Legacy”, marks a fourth installment to “The Bourne Identity” franchise based on Robert Ludlum’s novels, opens in theaters on August 10, 2012. Stars from the film walked the red carpet at the New York world premiere tonight.

In “The Bourne Legacy” centers on a new hero (Jeremy Renner) whose life-or-death stakes have been triggered by the events of the first three films. Joining Renner, the film stars other newcomers into the “Bourne” world – Rachel Weisz, Edward Norton, Stacy Keach and Oscar Isaac. Returning stars include: Albert Finney, Joan Allen, David Strathairn and Scott Glenn.

Star of “The Bourne Legacy” Jeremy Renner, talked about making the movie. “It’s the most fun I had on two feet in a very long time. Even though it was a lot of work, it was a lot of fun. And then Edward (Norton) – a guy that I wanted to hurt for a very long time because he’s taken all of the roles that I wanted. What a tremendous actor and human being.” Renner said that the experience or working among such a talented cast that included Norton along with Rachel Weisz, and Stacey Keach among them, “It’s like going to school every day and learning. I feel very, very lucky”.

Everything about it was fun to me. Jeremy is someone I admired for every since little independent films he was doing and nobody else saw.” On the topic of the director and writer of “The Bourne Legacy” Tony Gilroy, Norton stated, “He’s great at making things entertaining but also very smart which I love.”

Weisz revealed that in this fourth installment of The Bourne series, viewers will get surprised. “The audience don’t know the big picture. Even the ones that have seen the first three Bourne movies. If you think you knew who is really in charge then you’re wrong, you didn’t know. This film lifts the curtain on the last three films and you see what was really going on.”