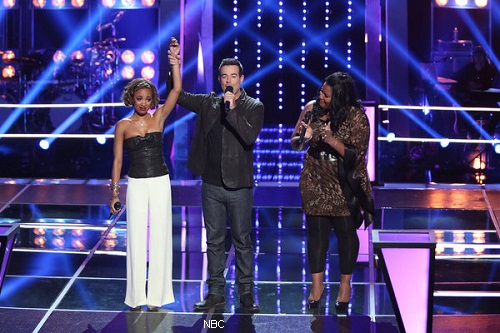 Two of Adam’s powerhouse singers – Amanda Brown and Michelle Brooks took to the ring to attempt to knock each other out. It was a heavy weight match-up. Once the performance was over. The coaches reacted. Blake said, “Michelle just kicked the door in on this thing. I’d go with Michelle.” 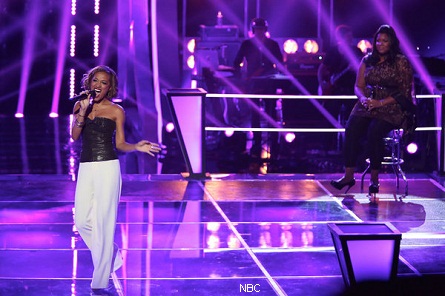 Christina said, “This was a singer’s battle. You guys did your business today. Amanda- There’s a reason why I wanted to get you on my team. You have great voice control.”

Cee Lo, whose former artist, Amanda Brown stood in front of him, said to her that she has “infinite possibilities.” And to Michelle, “You sang in Jennifer Hudson’s spotlight and you were able to embellish upon on that bar that she set. I feel like Michelle won today.”

Their coach Adam spoke, “Michelle you did things for yourself in this battle round that I wasn’t able to do yet. Amanda – I have not really had time to coach you . It comes down to who I can I be a better coach to. Who can I push further. The winner of this knockout is Amanda.” 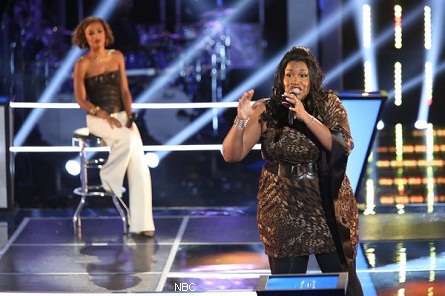