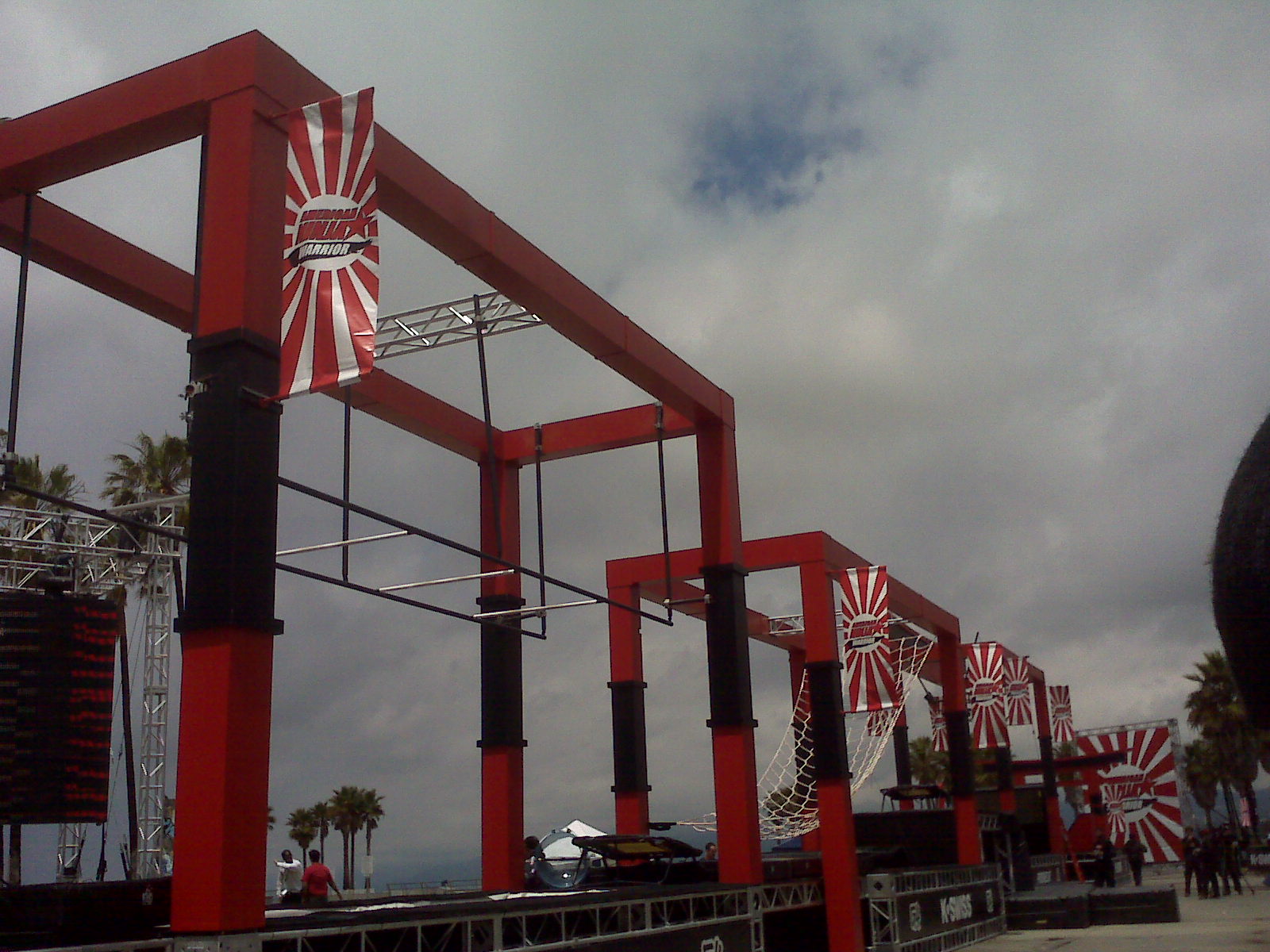 Hollywood Junket attended this year’s tryouts of G4 network’s third season of “American Ninja Warrior” held on the sands of Venice Beach, Ca in May of this year. 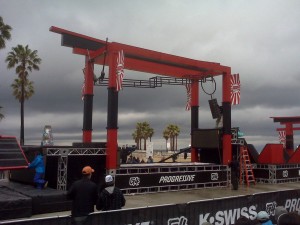 Hulky hosts Matt Iseman and Jimmy Smith return as correspondents as well as Alison Haislip as the sidelines interviewer of the challengers that tackle the course.  Haislip also gives viewers an up-close tour of the course – more difficult than previous seasons. 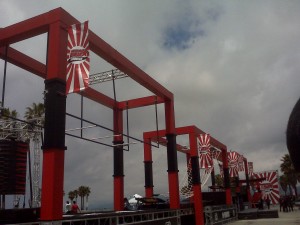 The qualifying round course consists of  the following in order from first to last: “temple steps” (jig-zag steps), “log grip” (players must hug and ride a big barrel),  “bridge of blades” (must jump across rotates blades), the “jump hang” (players can go under or over a net once jumping up to grab it), “jump bars” (monkey bars spread 4 feet apart), the “K-Swiss” wall jump, “warp wall”, over 10 feet high (14 feet to be exact!), plank swing – not revealed on the G4 video on about the course on their website.  Competitors must swing their way in the air by holding-on to planks to reach the other side.  Finally the hike up a tower to push the completion buzzer.

Several women athletes attempted the course.  Only one made it to the “jump hang”. Most did not get past the “temple steps”.  A lot of male athletes lost their shot at going to Japan to compete once they got to the jump hang and the warrior “K-Swiss” wall. 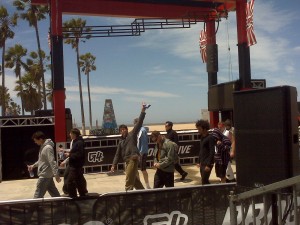 This year’s highest top 15 qualifying score competitors go on to “American Ninja Warrior” boot camp, then ten of them continue to compete in the toughest obstacle course in the world at Mount Midoriyama in Japan.  The winner of the final course wins $500,000 in K-Swiss endorsements.

Last year’s “America Ninja Warrior” had only five out of the ten make it to Stage 2; four made it to Stage 3.  No American has ever completed and won the Ninja Warrior course.  Fans tuning-in this season will see veterans David Campbell, Evan “Rocken” Dollard, as well as Brian Orosco. 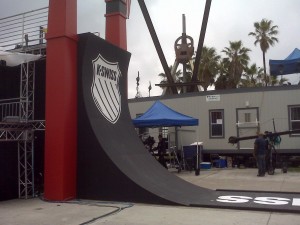 During our time on the set as the competitors tried-out, we saw very few make it all the way through the course.  It is said to be by show correspondents the most difficult qualifying obstacle course yet!  Fans will be surprised by some by some ANW veterans unable to complete it!

The new season starts this Sunday, July 31 on G4!