The ultimate sporting event for hard-core obstacle course sportsmen (and sometimes women) is entering its final leg of competition where a winner will be crowned the first “American Ninja Warrior” – a fete not yet achieved by an American athlete! 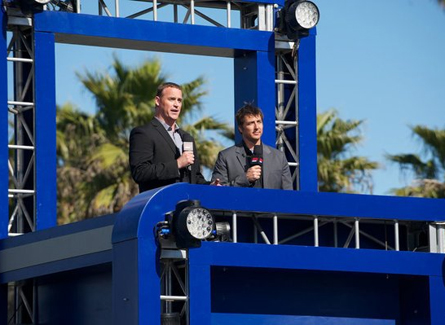 “American Ninja Warrior” airs on NBC and G4 hosted by comedian Matt Iseman and Gold Medalist Jonny Moseley and bringing viewers interviews of competitors from the sidelines as they undertake the obstacle course is co-host Angela Sun (Yahoo! Sports Minute). The prize up for grabs this year is $500,000 in cash and the title of the first ever “American Ninja Warrior”.

Also a first, is the final course will be set-up in Las Vegas. Previously occurring in Japan at Mount Midoriyama, the course is said to replicate that of the one in Japan. The Finals begin airing from Las Vegas on July 8 (three hours on G4) and then July 9, 16 and 23 on NBC.

Some notable competitors this season include: actor William Moseley, Tennesse Titans Kamerion Wimbley, freerunners from Jump City: Seattle David “Flip” Rodriguez and Drew Drechsel, and Harlem Globetrotters Bull Bullard. In a recent conference call interview conducted by The Deadbolt, host Iseman said that it is difficult to compare competitors against each other. “Paul Kasemir is one of our most consistent competitors…Drew Drechsel made a great comeback. He dissimulated his knee.” Iseman went on to point-out that much of the success of each contender will come down to if they can focus whey they get to the final run of the obstacle.

Jonny Moseley commented on the contenders this season, “Drechsel and ‘Flip are young, poppy snappy athletes. One thing that they lack is a competitive poise. They have a cocky swagger. Kasemir is a great competitor. He doesn’t do antics. But doesn’t have the youthful pop and is in incredible shape. Their all phenomenal competitors. They all have their strengths and weaknesses.” 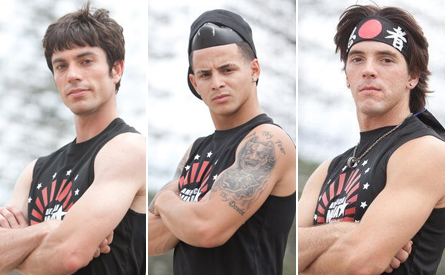 One prime advantage that Iseman pointed out is that the top competitors this year have the main advantage of making it to Mount Midoriyama last year. When asked which region of the country that they visited during try-outs had the most surprising athletes, Iseman responded, “The Northwest had shown a lot of growth. There are a lot of rock climbers there.” He also stated that the Mid-South showed amazing performances with the “most determination” and had some walk-ons that were surprising. According to Iseman, “the veterans are getting more and more seasoned”. Moseley stated that the longer that the show goes on, the more popular it has become and that well-known athletes have contacted him. He said these athletes include “every professional skier”, USC athletes, and even Olympian Dominique Moceanu who Moseley said contacted him on Twitter – all wanting to get onto the show. The cities that try-outs were conducted in this year were: Los Angeles, Miami, and Dallas.

Iseman stated, “having opened-up the competition some more this year, the level of talent has risen. This year had a great combination of newcomers”.

Some examples of the everyday people that Iseman and Moseley have seen try-out this season include: school teachers, a fireman, police officers and other “everyday heroes”. Moseley said that the most surprisingly and impressive obstacle run came from a Marine in the Southwest region with the “most determined performance”.