AMERICA’S GOT TALENT: Final Performances To The Million Dollar Win!

THE VOICE: I Want You To Want Me – On Your Team

AMERICA’S GOT TALENT: Final Performances To The Million Dollar Win! 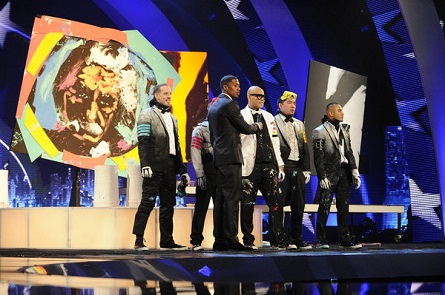 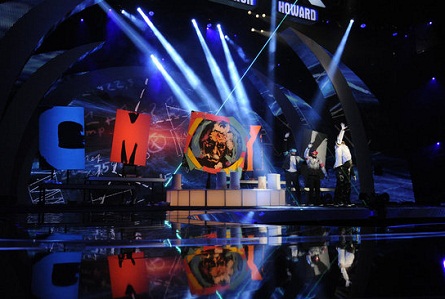 Pictured: David Garibaldi and his CMYK’s — (Photo by: Virginia Sherwood/NBC) 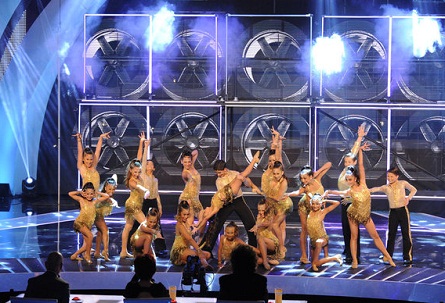 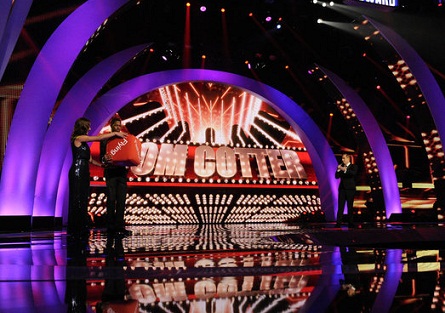 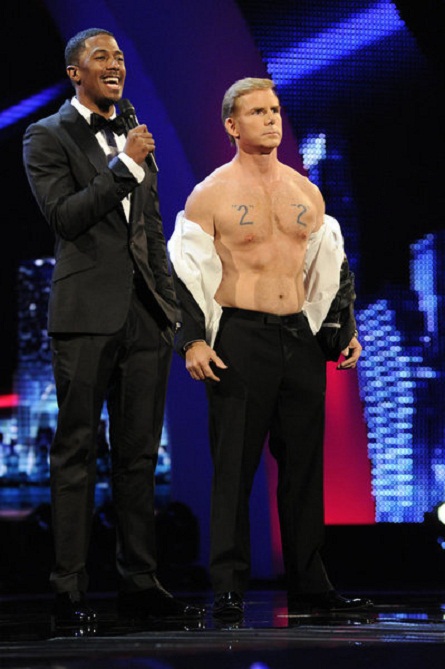 Tom Cotter entered the stage from a lighted Las Vegas showy background image with his name. In cotter’s comedy routine, he pointed-out the settle ironies of different nursery rhymes and how politically incorrect they are today, themed “Poor Examples” (for kids). The story of Sleeping Beauty “The girl passes out and the guy starts kissing her. That’s illegal ladies and gentlemen. Georgy Porgy kissed the girls and made them cried – sexual harassment, sexual assault.” Mandel’s reaction was, “You just scratched and clawed your way to the top tonight!” Stern said, “I’m gong to confess even though our acts get 90 seconds, I sometimes wish it were over already. You , always leave me wanting more. You are a terrific comedian. A comedian deserves to win AGT and it should be you.” Osbourne said, “I know there’s a whole lot further you are going to be going. I want to thank you for being here with us…and I’d like to see you when you have liquor in you. I bet it’s filthy!” 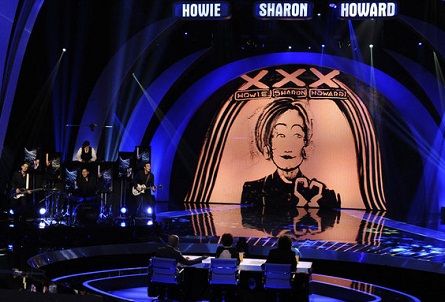 Joe Castillio makes AGT judges’ faces entertaining by making them the spotlight of his paintings as he transforms each face into another judge, one after the other. Finally ending it on Howard Stern. “I think this is terrific. You are a true artist, you are great. I’m glad you’re in the finals!” said Stern. “I’m so moved, the plight of the judges, people don’t realize we are so interchangeable…you touch my heart!” said Mandel. Osbourne said she would have like to have seen a spiritual piece. 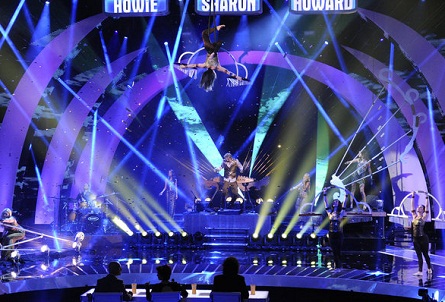 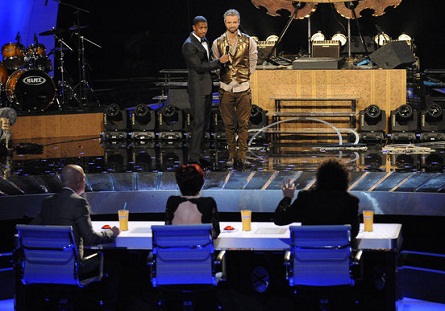 William Close continued to play the largest Earth harp on the AGT stage. Close was accompanied by a singer who sang “America, America” with a trapeze artist hoisting herself above it all. At the end of his performance, the audience and judges gave him a standing ovation. “I’ve got to say, every time you step it up…and you add to it. You have beautiful women! This is the best show I’ve ever seen!” expressed Mandel. Osbourne said, “William Close, you are a visionary, and like Howie said, you’re like Cirque Du Soleil. But you will be bigger than Cirque Du Soleil”. Stern said, “This was an intelligent move on your part. It was all you. Everything was so unique…and the woman flying through the air that was fabulous. Last time, I don’t think the singers did any good for you. This time you were in the very front…this is a million dollar win for you!” 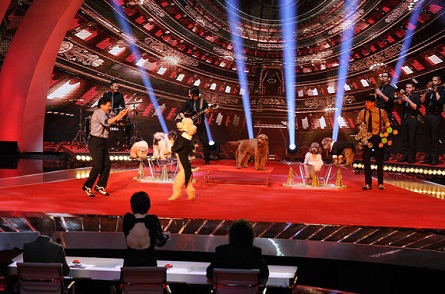 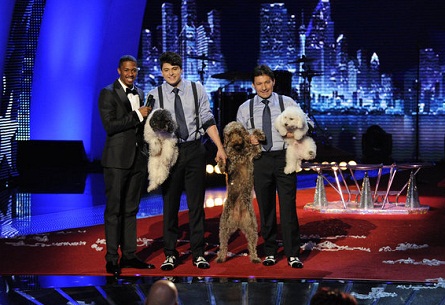 THE LAST ACT OF THE NIGHT:
“The Olate Dogs” performed on a red carpet to a big band tune. Dogs hopped, leaped, back-flipped, ran and hamster wheeled their way across the “America’s Got Talent”stage then finished the performance with a hand stand across the judges table. Sharon caught one that had a cross on his chest just like Ozzy she said. “Dogs – you can trust them, the don’t lie to you…it’s just pure love on this stage.” Stern said, “If we saw just one of these individual tricks on YouTube…I’ve been upstaged by a dog. It wouldn’t be the first time…you guys are phoneomaol each week you come out with a level of expertise with these dogs and a level of training I’ve never seen before.” Mandel said, “I could smell the act! America, you’ve got to vote!”