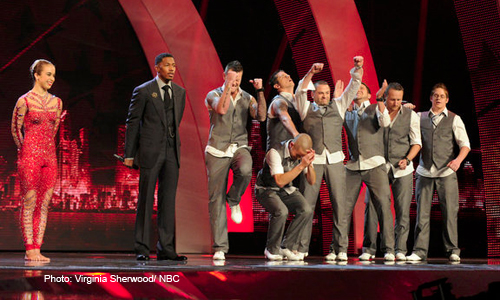 NBC’s talent show, “America’s Got Talent” with celebrity judges Sharon Osbourne, Howard Stern, and Howie Mandel watched the results that America chimed-in to select the judges Wild Card acts of who will go home and who will stay to compete in the semi-finals and get one more step closer to competing for a shot at winning the grand prize of $1 million. 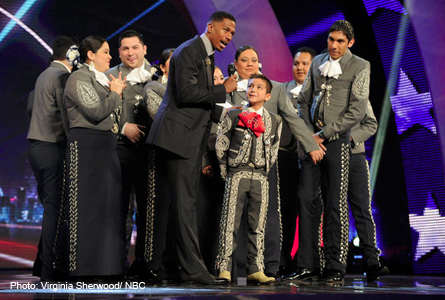 Eliminations Round 1 had Sebastien El Charro de Oro, Ben Blaque, and Bandaz Brothers on stage together to receive their fate. Before that, Stern commented, “Everyone last night was stellar. I’d like everyone to go through.” America’s vote went to Sabastien El Charro de Oro. Sebastien reacted with, “It just feels really good to let America know that although I’m a small package like Jacki Evancho I’m able to have a big voice like she does and I feel honored.”


Cast members from “Bring it On: The Musical” perform: 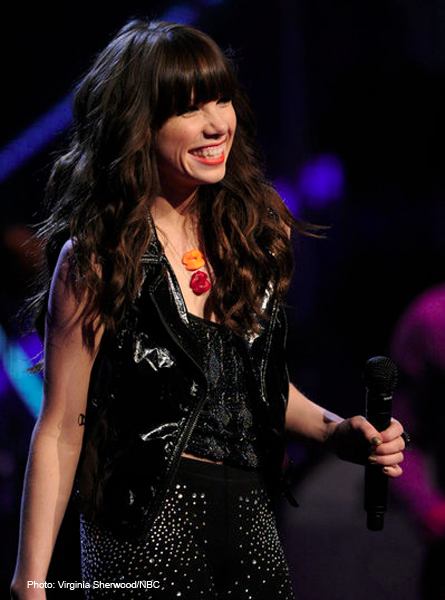 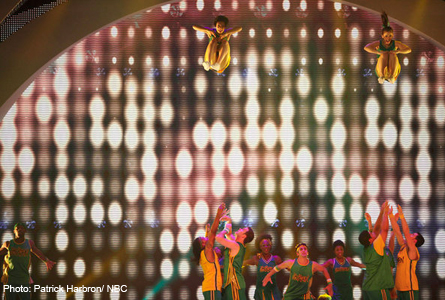 “Bring it On: The Musical” performing on the AGT stage!

Eliminations Round 2 – Had singers Jake Wesley Rogers, Andrew De Leon, and a Jack Ass type act, “Horse” on stage to find out who America voted to stay in the competition. The act voted to stay was another Howie Mandel pick, Andrew De Leon. Mandel stated with excitement, “I knew it. It’ seven sweeter because you had that hurdle of Vegas to go over. If Marilyn Manson and Adam Lambert had a child and you were a big fan of Achele (Rachel and Quinn on “Glee”) it would be you.” De Leon looked confused. We were too. Maybe Mandel meant someone else? 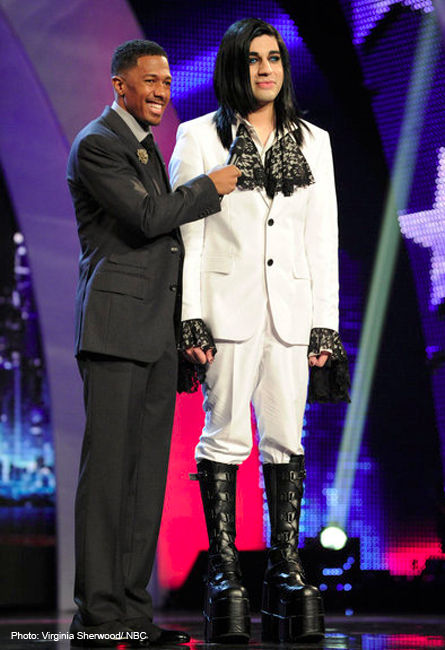 Eliminations Round 3 – pit Todd Oliver and his ventriloquist dog act against Horsman who almost drowned in wet cement and Cristin Sandu with his tumble on metal into a ring of fire. The winner that will continue on is Todd Oliver. Stern pointed to Mandel with an ‘I told you so’ reaction. Stern then told Oliver, “Todd I’m so happy for you. You really followed instructions. You simplified your act. You were topical like we said you should be and look at the response of the audience.” Stern ended with a joking banter with Mandel, “Everyone knows who America’s favorite judge is”, Stern referred to himself.

Eliminations Round 4. The four acts were “All That”, Lindsey Norton – both act brought back by Osbourne, and Jarrett and Raja brought back by Mandel. The act with the lowest votes among the four had to leave the competition. It was Jarrett and Raja. The judges look dumfounded, and were visibly not pleased with the results. The eliminated act exited with, “We had an amazing journey and we thank you for the opprotunity to be on the stage.” Stern responded, “I think this is a crime!”

In the Judges Elimination round, it’s Lindsey Norton up against “All That” to see who will get another chance to stay in the competition to continue in the semi-finals. The two acts came in forth and fifth in the audience votes. Stern said, “looking at that line-up for next week, I can’t wait for the show next week. For my criteria I look at an act and see who would I pay money to go see. Guys dancing and clogging. Manly men, but not so manly.” Stern’s vote went to “All That”. Mandel said, “It’s a tough decision. I think the most special act right now for me is Lindsey.”

Osbourne was left with the final and deciding vote of which act will stay. Both acts being the acts that Osbourne brought back, Osbourne said “It’s like Sofie’s Choice, which do you like better, apples or oranges?..I don’t like to be in a disposition at all.” With much pause, Osbourne said, “How do you choose between your two children. Which one?” Finally, Osbourne revealed her vote, “Lindsey you’re an absolute delight to watch. This will give you a huge boost just by being on this show. ‘All That’, guys, you bring it every week and I’m just going to have to say ‘All That’!”