A “Gangsta’s Paradise” was brought onto the set of “Catch 21” for the show’s last day of taping, Thursday, October 8th when the show welcomed ’80s recording artists: Tiffany (most famous for touring malls in the ’80s and remaking Tommy James & the Shondells classic “I Think We’re Alone Now”, as well as The Beatles modified, “I Saw Him Standing There”), Jody Watley (Former Solid Gold dancer, and “Lookin’ For a New Love” hit among others), and ’90s rapper, Coolio (“Gangsta’s Paradise” theme song to “Dangerous Minds”) . 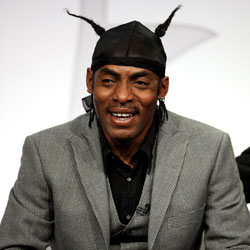 The presence of Coolio turned this squeaky-clean show into an R-rated one during his promo shoot for the show and his introduction.

One of Coolio’s GSN promos went something like this… “on GSN” brief pause, “Beaitch!” Surprisingly, the show didn’t do a re-take. Maybe that pause will give them enough room to edit it out. 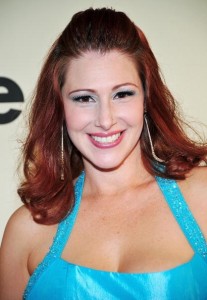 Each celebrity played for their favorite charity. Tiffany played for “Angel Food”, Jody Watley for a charity that combats heart disease, and Coolio– well, apparently Coolio’s charity name was too long and complicated that he gave reference to it by stating: “I’m playing to save the breasts”. When host, Alfonso Ribeiro questioned it, Coolio stated, “to save the Breastesses”. At this time, Ribeiro gave an uncomfortable laugh and pause. Then, filming was briefly halted while a a producer added Coolio’s charity’s name to the teleprompter… oh!, it’s the “Susan G. Komen Breast Cancer Foundation”.

But, wait..there’s more! When Riberio asked Coolio “What does your charity do?” Of course, Coolio’s response was, “they save the titties!” Ribeiro should have seen that one coming. 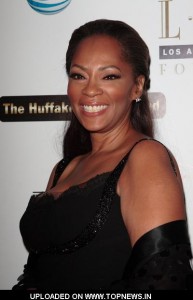 Jody Wately played a high stakes game of “Catch 21” against Coolio and Tiffany on the show’s last day of filming.

During the start of the game, there appeared to be an evident alliance amongst Watley, and Coolio as they both passed their cards to Tiffany with the goal to “bust” her, then as the game went on, the playing field became level.

Behind-the-scenes, off camera, but on-stage, Watley sang a terrific duet with the shows makeup artist. It was a wonderful treat.

On the celebrity editions of “Catch 21” the celebrity player to make the first “21” in the game earns $500 for their charity. They get the $500 added to their winnings should they go on to win the game. 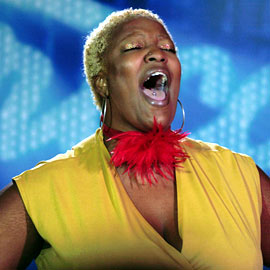 Other celebrity episode from an earlier shoot day had former “American Idol” runners’ up competing for their charities. This episode had Paris Bennett (for congenital heart failure charity) & Ace Young (Jerry Lewis MS charity) , both from season 5, and Frenchie Davis (Angel Food charity) , from season two.

No air date announced for either of these celebrity episodes yet.