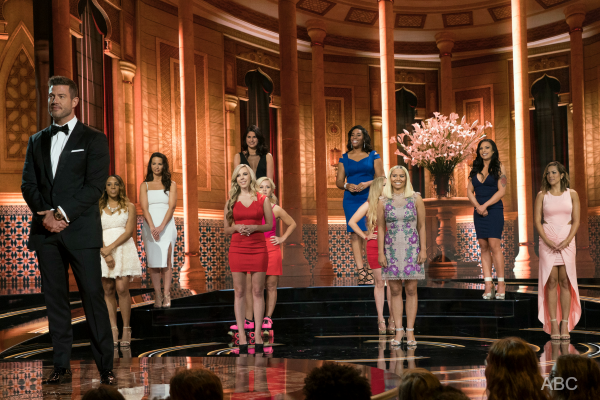 It looks and sounds like a FOX show from the early 2000’s when FOX was known for making bold, unconventional television shows. Such as “Joe Millionaire”, “Rebel Billionaire: Branson’s Quest for the Best,” and dating show “The Choice.” But, “The Proposal” is actually on ABC network.

“The Proposal” is an interesting mix of “The Bachelor”, “Miss America”, and “Married at First Sight.” Not a stranger to controversy is the show’s producer Mike Fleiss who also produces “The Bachelor” and “The Bachelorette” shows also on ABC. Just as Miss America Pageant is doing away with the swimsuit portion of its competition, “The Proposal” has women walking down a catwalk strutting their swim wear or “beach wear” as the show calls it, in its second act.

Hollywood Junket attended a taping of a “The Proposal” episode which is filmed in front of a studio audience. The show describes itself as ‘The Bachelor’ on steroids,” and is hosted by a former ‘Bachelor contestant and NFL quarterback Jesse Palmer who was “The Bachelor” in 2004. 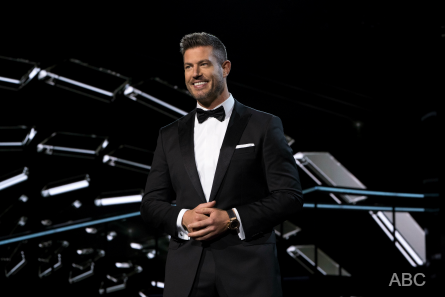 In the premiere episode, host Palmer tells audiences that “this is a new one. What you’re about to see has never been attempted before on television.” This ex-football player also states that the show “is NOT a game.” This is somewhat true since the contestants don’t win any monetary prizes.

Palmer continues with “two people who are about to meet will trust fate” (Or, Mike Fleiss)! By the end of the night, they’ll possibly be engaged to be married.” The show also brought another component from “The Bachelor” franchise, and that’s jeweler Neil Lane. He provides the shows with engagement rings, and now for “The Proposal” as well.

The show also claims that is uses “blue ribbon match-makers” who choose the pool of ten daters for the single to pick from. While watching the show, however, there seems to be a fine line between making compelling casting choices for televsion vs. compelling matches for love. It seemed that one single in the pod wanted to start a family. Crazy enough, one of the matches was someone who doesn’t want kids. How did that happen? Were the match-makers sleeping on the job?

In the episode that Hollywood Junket attended, the single in the pod ended-up being someone who was very young. Yet, almost half of the women that these suppossed “blue ribbon match-mackers” chose for him were most likely around the same age as his mother. Again, this is the creative liberities done by the casting directors to throw the viewers off. It’s doubtful that match-makers would have had anything to do with making these particular picks. Once his identiy was revealed at the end, the audience had a big “ah ha” moment where it all made sense why he kept the more immature contestants, and got rid of some really quality women.

Some contestants might feel pressured into feeding the single in the pod whatever they think he or she want to hear. One young lady repeatedly told the dater inside the pod that she wants to be with him, she is all about making him happy, etc…None of this made sense, since the guy she was telling this to was a complete stranger. Yet, in her mind, he was a prize she was trying to win. The audience was so over her and hoped that she didn’t get picked. 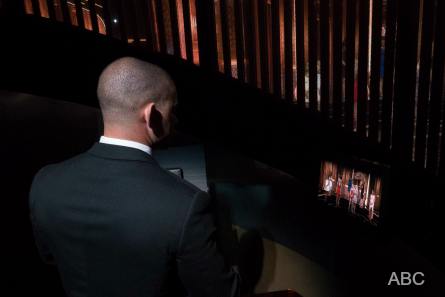 “The Proposal” takes viewers on a roller coaster ride of speed dating in a one hour format. The show opens with a video package of the contestant that is looking to find a match. But, since his or her identity being a mystery is part of the show’s story line, only parts of them are shown in their video, careful not to reveal their identities. This dater contestant is then placed inside of a “pod” onstage which keeps them hidden away from the other singles on stage and audience. The dater can see and hear his or her choices of dates (and possible fiances) on stage. They also have a small video monitor inside the pod which they can view the contestants on.

The mystery dating factor in this dating show set-up is unfairly one-sided. So, the single in the pod can see his or her prey (so to speak), but they can’t see him/her? It’s a strange aspect as well, giving the show a voyeuristic, or even a creeper vibe.

In “The Proposal” taping that we attended, it was a male dater inside the pod. The first act of the show has ten single women parade out onto the stage one-by-one in cocktail dresses and they say a few things about themselves as an introduction.

“The Proposal” handles its elimination process much like “The Bachelor.” The dater calls out the names of the women whom he’d “like to get to know better.” In this case, there are seven women he got to take to the next round. The three women left are eliminated. 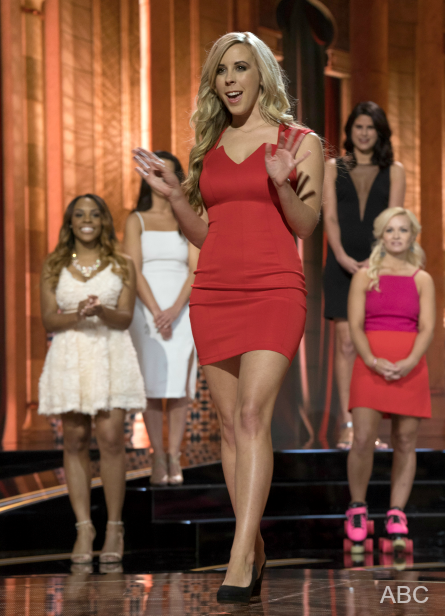 In an ABC interview, host Jesse Palmer said he can “kind of relate to what the mystery man or woman is thinking…exposing yourself emotionally.” He said he feels that he’s going on the journey with them. “There’s a lot at stake and it gets magnified by having a live audience,” in addition to millions watching at home.

The second act has the women come out onto the stage in “beach wear.” Some of the women on the show chose to go full-on swim suit or bikini. After that, the dater keeps four women (“in no particular order”), and another three get sent home.

The third act has the dater inside the pod ask questions via the host Jesse Palmer of the women. He asks a series of questions that are most important to him including: relationships, politics, sex. “Nothing is off limits.” These are called “deal-breaker questions.” The women who are left competiting in this round return to the stage after the “beach wear” portion wearing the same dresses from Round One. The contestant has to chose three women at the end of this round that he “feels the most chemistry with,” and again, these are “women he’d like to get to know better.” One woman goes home at the end of this round.

In the fourth act a friend or family member who’s been sitting in the audience following along, gets to come onstage to ask the remaining three contestants questions, one question each. One woman goes home after this.

Then, in act five, the identity of the single inside the pod is revealed to the remaining two women (or men) left. He picks the one that he “sees himself proposing to.” The desired scenario is for them to propose with the Neil Lane engagement ring, and they go riding off into the sunset. This is also where things get a bit uncomfortable for the contestant that doesn’t get chosen. There is no one from the show to come rescue her (or him) off the stage once the single has made their choice. It’s just a bit of awkward for them as they make an escape route off of the stage.

“The Proposal” premieres on Monday, June 18 at 10/9 c after “The Bachelorette” on ABC network.