DWTS Helio and Chelsie On THE JEFF PROBST SHOW

Walking On Sunshine – Natural THE VOICE

DWTS Helio and Chelsie On THE JEFF PROBST SHOW 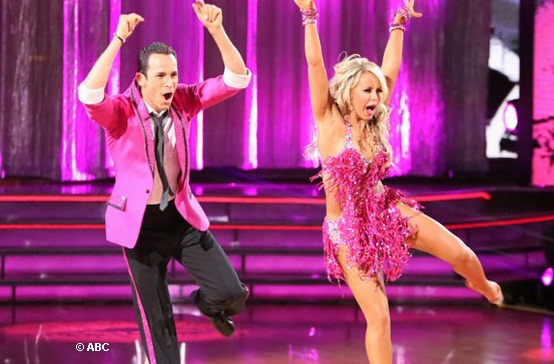 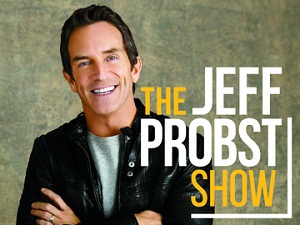 EXCLUSIVE! Set Report! Spoilers!
During a recent taping of talk show “The Jeff Probst Show” hosted by Survivor host, Jeff Probst, he welcomed “Dancing with the Stars: All Stars” contestants Helio Castroneves and Chelsie Hightower to his stage in which they started out their appearance by performing a perfect dance on the stage where guests usually sit. 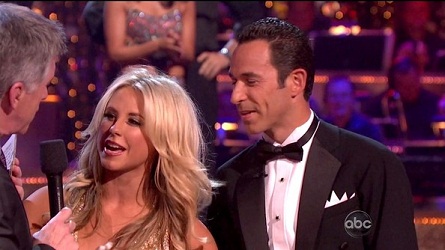 Chelsie and Helio on “Dancing with the Stars: All Stars

Castrovneves, a professional race car driver, and Hightower who was also a contestant on “So You Think You Can Dance,” danced below a large disco ball provided by “The Jeff Probst Show”. Hightower carelessly kicked-up her high heel…(very high heels) in a white tapered dress at the top and full and short at the bottom which showed-off her legs. When the dance was over, Hightower was noticeably winded and took a few minutes to catch her breath. Castrovneves spoke for both of them and told Probst that the dance was the full version and not a shortened version. He said it was the same length as what they would have performed on “Dancing with the Stars: All Stars”. 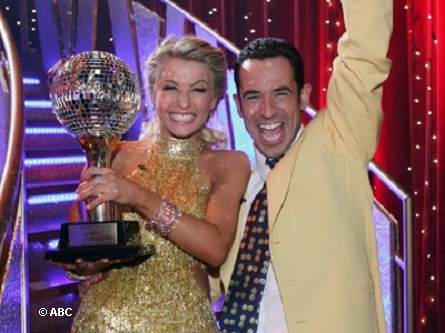 Castrovneves has plenty of trophies to his name, more famously a three time winner of The Indianapolis 500, he was also Season 5 winner of “Dancing with the Stars” where his partner was Julianne Hough. Castrovneves said he didn’t really dance too much before entering “Dancing with the Stars”, – “only in the bar” he joked. He was still able to swoon the ladies. Castrovneves met his girlfriend while in an airport. She was seated in the audience and said that she has not accepted any of his marriage proposals yet. She said it is because he has not made an acceptable proposal to date. Probst boasted that his proposal to his wife occurred on an island in which a helicopter flew her to. Both the helicopter and island were provided by “Survivor” show.

Castrovneves was there to promote an IndyCar game available which he played against Jeff Probst on the stage in simulated race car seats that were brought onto the set. Castrovneves stated that he will be going for a fourth win at the Indy 500 in March of 2013.

Tune in to “The Jeff Probst” show to see which dance Chelsie Hightower and Helio Castrovneves danced on the show!