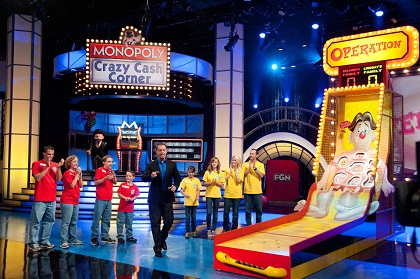 HUB network viewers got a special preview of its flagship family game show, “The Game of Life” with a preview that aired Saturday, September 3. This Saturday, September 17th audiences will get to watch the full show when the series returns for a second season at 6pm ET. 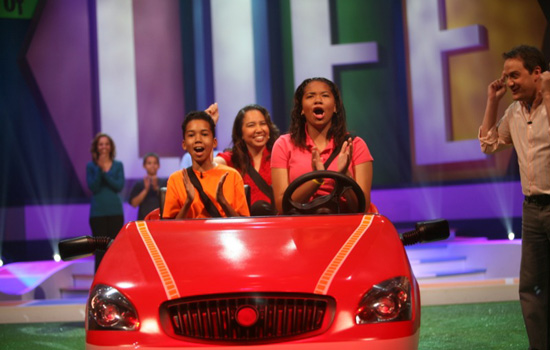 A family navigates through life in "The Game of Life".

“The Game of Life”, hosted by Frank Nicotero (Street Smarts, Primetime in No Time) features the iconic car, the clickety-clack of the rainbow-colored spinner, and a road trip bound for roadblocks and the common obstacles everyone eventually encounters at some point in their adventures through life.

This well-known and beloved game is created for television by incorporating computer effects as explained by HUB’s Executive Director of Programming, Ted Biaselli during our video interview with him while on the set for this new season. In the process, two families get a chance to spin the larger than life spinner to win a prize as well as a riding the car from “The Game of Life” through an immersive 3D virtual world.

Watch our video interview below: