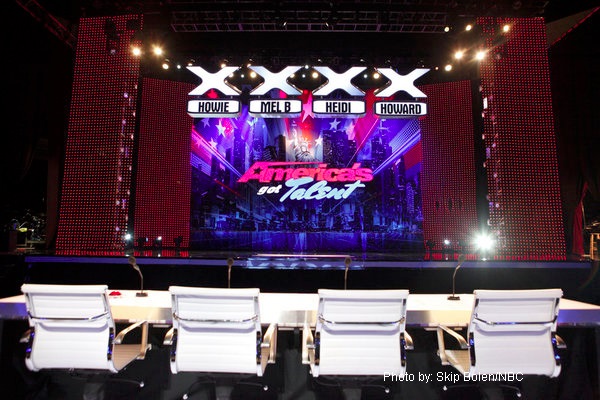 The fans of the world’s largest talent show “America’s Got Talent” in various cities throughout the U.S. have have already gotten to see the judging styles of new judges and lovely ladies super model Heidi Klum (Project Runway) and singer Mel B. (The Spice Girls).

Watch the judges introductions by Nick Cannon below:

Nicotero also announced that the show they filmed that day will be the season 8 premiere episode that will air on NBC when “America’s Got Talent” returns on June 4, 2013. 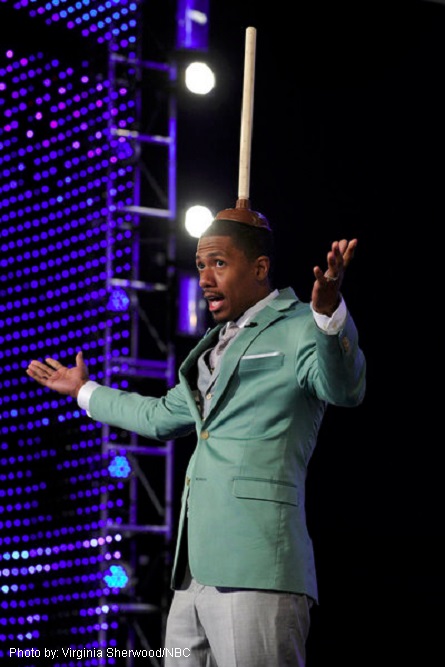 This will be the first season in “America’s Got Talent” history that will have four judges instead of three. That means the format of the game has slightly changed. Instead of only needing two votes to move-on to the next round, contestants now need three votes. If they get two “no’s” and two “yes’s” they do not go through. They go home. 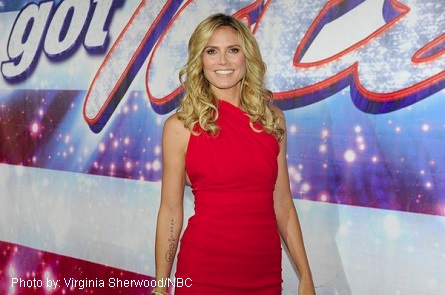 First up was a 3D video manipulation group called “Sensation”. They said that they had only been together for one year and that the AGT stage was their first time performing. They were dressed in all white clothing with white helmet on their heads. The young group put on what was a dance number in complete darkness enriched with a glowing light show of vibrant colors with white big cubes on stage. 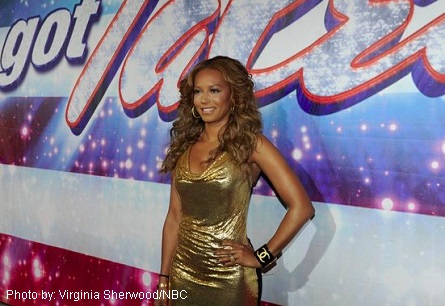 Pictured: New judge Mel B. at the Los Angeles auditions.

Stern responded, “I think you guys are onto a really cool idea.” Klum’s response received boos from the crowd. “I have to say I was a little bit bored,” she said. Mel B. said “I disagree. I see dance poetry…basically video mapping like Beyonce.” Howie Mandel reacted to the group with “I hope it looked as good on TV as it did here. I thought it was fantastic!” 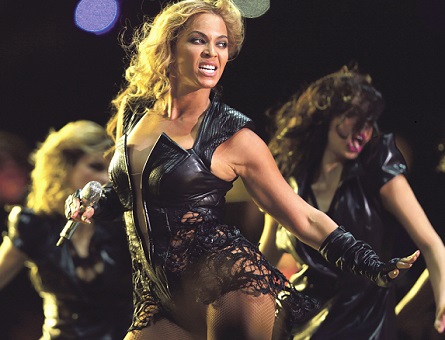 One contestant was compared to Beyonce!

Next up was a young sixteen year old performer named Yani Curry Emery who sang a song while playing guitar. The nervous contestant had some problems hitting her notes. After her performance, Stern reacted by telling her “it was a bad audition.” Emery revealed to the judges that she also plays the piano. Klum said she’d like to see her again, but on the piano. Mel B. stated that she was off-key. Mel B. asked her if the AGT crowd was the largest audience that she had performed for. Emery said “no” and that she had auditioned for AGT two years ago. Mel B. said she wish she had not told her that. The reason being that her audition was not good and she was nervous. 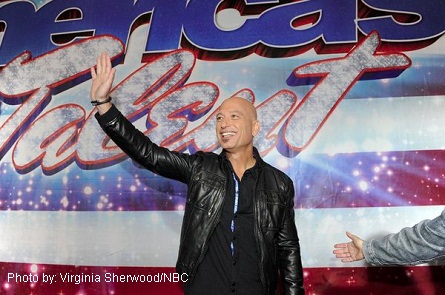 Another contestant to enter onto the AGT stage as a comedian by the name of Eric Schwartz from Thousand Oaks, California. He made fun of himself by stating that being a bald “nerdy” looking guy, he has no game with women until he pulls out his voice-changing tool and starts to sing like rapper “T-Pain” 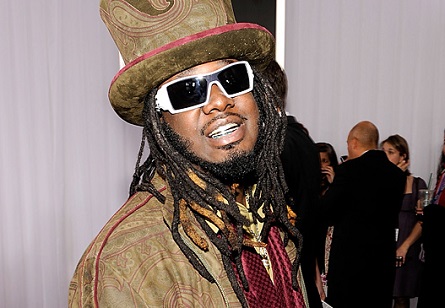 A contestant was inspired by rapper T-Pain (pictured above).

Howie Mandel, now bald and making it big as a comic himself stated to Schwartz “When you came out I thought, what are the chances of a bald Jew making it?” The audience laughed and applauded. Heidi Klum was impressed by the act and asked him about a famous face pose based on the male super-model character in the film “Zoolander” starring Ben Stiller. “How long did it take you to do that Zoolander Blue Steel look?” as she mimicked the facial expression back at him. He flirted with her a bit, then finally answered, “I don’t know. But it just paid off!” 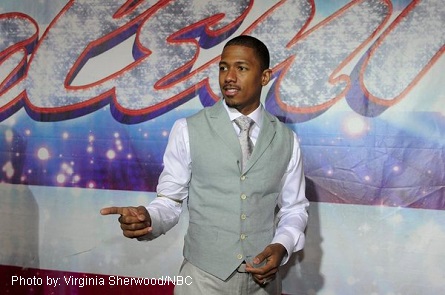 A group of four young dancers, two males and two females, presented their acts to the judges. Their dance style, they explained, was a combination of line dancing and tap with some acrobatics thrown in. Heidi got excited and asked if she’d see the girls being thrown in the air. However, during their performance, they had some mis-haps during their routine. One of the male dancers tried to jump over a female dancer and bumped her head. Various moments in their routine were not smooth.

Stern said they had “no pop, no sizzle. Not special.” Mel B. couldn’t stop laughing at their mishaps, and said, “I laugh at really inappropriate things.” Howie Mandel reacted to the failed move of the male dancer jumping over the female dancer’s head by saying “I know why that happened. Because you practiced on a much smaller girl.”

A professional belly dancer tried out for AGT who is forty years old. Stern was mesmerized by her as she was talking about herself before she performed her act. She did a routine while standing on drinking glasses then finished off by doing the splits. Stern reacted with, “I’ve seen tons of belly dancers. They aren’t sexy to me. But you are 50 million times better than a belly dancer.”

An Asian looking magician with a Scottish accent performed his act which was of him escaping out of a straight jacket while singing. Heidi said she got bored half way through his act. After hearing him talk about some of his other acts, Stern said he would have liked to have seen anything else but that.

The judges ended-up being swayed to give the magician/comedian another chance. He performed a card trick to try and get through the the next round which takes place in Las Vegas.

His act was followed-up by a female comedian named Angela Hoover who is a mother of a seven and an eight year old who said she is returning to comedy after taking ten years off to raise them. The majority of her ninety-second audition in front of the judges consisted of impressions of famous people – Drew Barrymore, and Penelope Cruz. Mel B. said, “I’m all about girl power.” Mandel reacted with, “You are an excellent, perfect impressionist.”

The next routine of the day was from a dance group called “Vibe” from Utah. They said that they practice everyday for six years. Their ages varied from the youngest being thirteen, and the oldest being twenty-six. They said they do all styles of dance.

After their audition had ended, Mandel said, “No, I didn’t think it was good.” Mel B. said that she noticed that “there were some dancers that were better than others. “My attention was to the not so well dancers.” There were screams off-stage followed by her comment.

After “Vibe” left the stage, Stern got up onto the stage with Mel B. and said, “Most of you know that I was a dance instructor. It’s not fair to criticize. There’s nothing like a judge who can’t back up what they say.” Stern and Mel B. gave the audience a short dance performance.

The judges then left the stage to take a brief break. “America’s Got Talent” will premiere Tuesday, June 4 at 8/7 c on NBC.