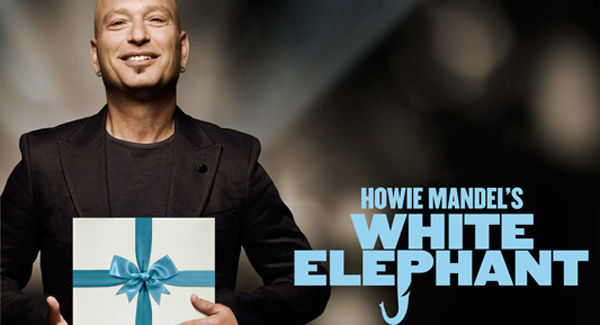 Some new and upcoming shows that fans of game shows and reality television can get excited about on the NBC schedule include a former Desperate Housewife, a game show host, a bubbly blonde not ‘in the wild, and a new Mark Burnett vehicle that will throw real-life celebrities into battlefield and boot camp-type situations.

READY FOR LOVE:
From the producers who know a thing or two about creating popular dating shows such as “The Bachelor,” “The Bachelorette”, Blind Date,” and “The 5th Wheel”. And throw in a beautiful actress just off of one of ABC’s most successful shows, “The Desperate Housewives”, Eva Longoria as executive producer and host.

Eligible women across America are asked to participate and find out how easy it can be to find true love. In the first Facebook partnership of its kind, women can log on to http://www.Facebook.com/NBCReadyForLove and apply to participate in the experience of a lifetime. Longoria hand selected three successful and handsome men who are committed to finding the right women with whom to share their lives. Ben Patton, a financier from Dallas, Texas, Tim Lopez, a musician from Santa Barbara, California and Ernesto Arguello, a philanthropist from Miami, Florida will vie for the chance to find true love. In order to find their ideal partners, Longoria has enlisted the help of the three best matchmakers in the world.

The series begins with the matchmakers’ nationwide search for the potential perfect mate for each man, and then launches into a romantic journey that will combine in-studio competition and reality show elements. Each week, the women who fail to make a connection with the men will be sent home. In an intense finale, the quest for love culminates when the three men choose their final three women who together must decide if they’ll get engaged, married or simply live happily ever after. No matter what happens, they will all discover if they are really “Ready for Love.”

SURPRISE WITH JENNY McCARTHY:
The new “Love in the Wild” host, has got something up her sleeves! It’s a variety show, it’s a hidden camera show, it’s “Surprise with Jenny McCarthy”.

Some of the most memorable and meaningful moments in life come in the form of wonderful surprises. Now, actress/comedienne and best-selling author Jenny McCarthy is on a mission to surprise America in this new feel-good series.

Whether it’s an emotional roller-coaster, a heartfelt thank you, a hero’s reward or a slightly devilish prank with a happy ending, Jenny will act as ringleader, cheerleader, head instigator and master of ceremonies to give people the surprise of their lives. We’ll get to know the stories of everyone involved, making the pay-offs even more personal and more special.

Each episode will also feature celebrity surprises, musical performances and several great eye-opening events that take place both in front of a live studio audience and across the nation. With a hilarious, irreverent streak, “Surprise with Jenny McCarthy” is designed to be both heartwarming and spectacular, but above all… surprising!

HOWIE MANDEL’S WHITE ELEPHANT:
Former “Deal or No Deal” game show host has a new set of square shaped objects to open that will have him saying “open your box!” and “share, or steal?”

From Howie Mandel comes an exciting new game show based on one of the most wildly popular holiday party games in America. A contestant selects a box from a warehouse full of unmarked packages containing millions of dollars in prizes, showing what’s inside to the others. Then, the next player is faced with a potentially life-changing dilemma: do they steal a prize that has already been revealed, or do they take a chance with another unopened box, hoping what’s inside is worth more?

But that’s just the beginning. When there are only two contestants left, Howie will reveal what’s inside the boxes and give the players a choice: share… or steal. If both players choose to share, they will each keep the prizes they have won in the prior rounds. If one player shares and the other steals, the player that chose to steal will go home with all the prizes. But if both choose to steal, they both go home with nothing! The stakes are insanely high as each contestant grapples with the choice of a lifetime… and the white elephant in the room.

STARS AND STRIPES:
Producer Mark Burnett (“Survivor”, “The Apprentice”, “The Voice”) hired real vets for this new action, reality competition series that challenges the war and crime-fighting skills of your favorite celebrities!

The TV cop who wants to prove he can handle a gun in real life. The athlete making the transition from field to battlefield. The singer who wants to show how well she can perform under a different kind of pressure.

In this fierce, entertaining and emotionally charged new competition honoring America’s armed forces, nine celebrities will gather at a secret training facility where they will be challenged to execute complicated missions inspired by real military exercises. From helicopter drops into treacherous locations to long range weapons fire, these stars will be tested physically, mentally and emotionally – and emerge in awe of the men and women who do such tasks on behalf of our country every day.

From executive producers Dick Wolf (“Law & Order” franchise), Mark Burnett (“Survivor,” “The Voice”) and David Hurwitz (“Fear Factor”), this extraordinary show will donate money raised through the competition to veterans’ charities. Committed to hiring recent vets onto the crew, “Stars Earn Stripes” hopes to inspire other employers throughout the country to make similar commitments to our returning heroes, not to mention proving how impossible their service missions really are.