THE BIGGEST LOSER: Jillian Michaels is Back to Tackle Childhood Obesity!

AMERICA’S GOT TALENT: The Second Semi-Finals, Only Three Will Move On!

“Ghost Hunters” returns to it’s eighth season with long-time investigator and co-founder of The Atlantic Paranormal Society (TAPS), Grant Wilson, now gone with co-founder Jason Hawes remaining with the rest of the team to continue their investigations on Syfy.

The remaining half of the season will have the TAPS team exploring the paranormal in the Southern states. These block of episodes are themed “Southern Spirits”. Hawes took some time-out to talk to reporters during a recent Syfy press phone conference call. The call opened-up with Hawes making a special announcement!

A Special Announcement from Jason Hawes:
Hawes says he will introduce a new investigator to the team starting in September 26th episode which is titled “Don’t Feed the Apparition” where the TAPS team investigates the Alexandria Zoo in Alexandria, Louisiana. “We ended up bringing-in new investigator Ashley. I honestly believe it’s going to be one of the best seasons ever!” said Hawes. 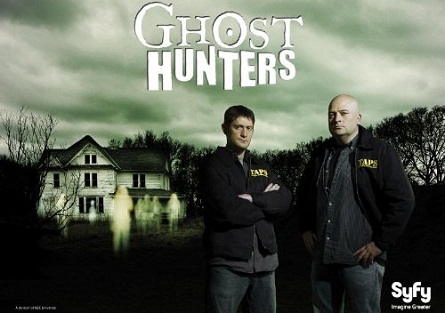 Investigating Without Grant Wilson:
“It wasn’t that tough”, said Hawes to investigate without Grant. “For many years I investigated without Grant. It’s a little odd not having a guy that I refer to as my brother at my side. With the team, it’s an entirely new energy.”

Interesting Investigations This Season:
“We were able to investigate a zoo. That’s tough enough if you think about it. We investigated the ghost of the first female serial killer. Some people who were actually on production ended-up having a situation. I can’t get into any details But, it lead to an interesting investigation,” Hawes said of the episode that will be titled “A Serial Killer’s Revenge” and will air on September 5th at 9pm ET/PT.

The Evolution of GHOST HUNTERS:
“I didn’t think we’d make it out of the first season. The fact that we’re at 8.5 is incredible. People felt that they had to whisper (about the paranormal). Now they can openly discuss it. That we were a part of that is incredible. It’s advancing and it’s a respected area. That means everything to us,” stated Hawes. 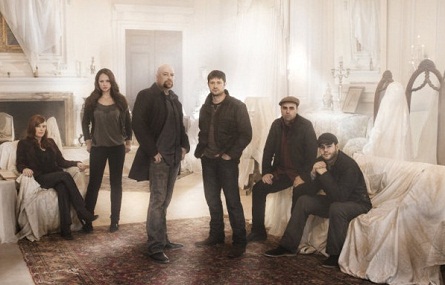 Selecting An Investigator:
“When we’re looking for someone new we want someone who’s not going to think that everyone is a ghost of paranormal. Someone who’s going to go that extra mile to figure out what may truly be creating that activity,” said Hawes weather it’s electrical issues, plumbing…over-medicated or under-medicated individuals. He said, also he looks for someone who’s going to mesh with the TAPS team. Someone who will fit-in and work well with the group. Ultimately, said Hawes, “The TAPS team decides if someone is going to stay or go.”

GHOST HUNTERS Without You:
“Every time before I do another season, I sit down and talk to my wife and children and it’s a choice we make as a family. If my kids say Dad I prefer you not to, then I would walk away knowing I’ve been able to bring it this far. I’ve been doing this before my kids were born. My oldest who is twenty-one used to come downstairs as a little kid and see Grant and Steve and I trying to figure out cases. She sees how this thing has grown. If the show can survive without me? I think it could,” Hawes said. He also said it would be up to the “Ghost Hunters” audience and investigator Steve if he would want to carry the torch.

Halloween Show:
Unfortunately, Hawes said he will not be doing a Halloween show this year. He’s spent a lot of Halloweens away from the kids. “One thing I can’t stand is getting picture texts to feel that I’m there,” said Hawes. He sated that it’s a big holiday for his family. He does confirm that Maddie will return to some of the cases. Hawes said that he doesn’t like to drag her on too many cases because the travel time in the car is too tiring on her. 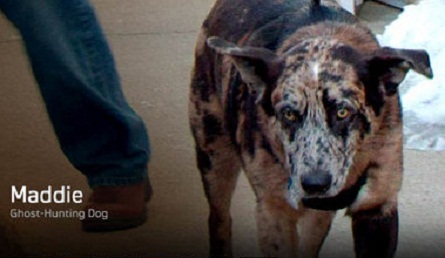 What Qualifies a Haunt for GHOST HUNTERS To Investigate?
“We receive about 1000 to 1500 emails per day with possible case requests. Out of those – are the people terrified? What type pf activity is involved Are there children involved? I’m a father and the last thing that I want is for my children to be fearful in their own home. Those are the main factors that will bring us to an area. . With residential cases we do with no cameras there because the people don’t want to be on camera. There’s a lot of cases we do that do not make air. Anytime there’s a family and children and activity that is active at that point, we’ll get there asap”

New Technology:
I’m working with a company right now on an App that will be able to take any android and iphone, ipads, and be able to work off of meters that are built into them. I was using a proto type the other day. There’s a lot of equipment out there that is laughable. These boxes that are generating voices. The voices are programed into these devices. There’s a lot of things out there that is holding the field back. You’ll be able to see a lot of newer stuff come out from us and other areas.