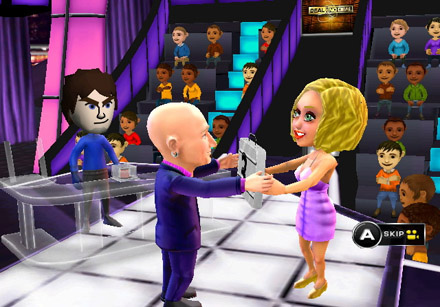 As a gift-giving guide for the holiday season, we’ve selected some cool products that would be happily received by any reality-show, game-show TV buff! 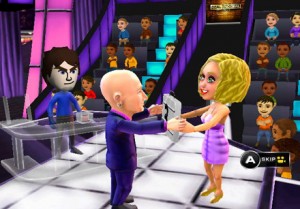 DEAL OR NO DEAL Wii Game

UPDATE: Howie Mandel recently announced on his Twitter account that the “Deal or No Deal” Wii game is available at Amazon for $8.49! It came out last year, but would be a great gift for DEAL fans!

New products that have recently come out within the past two months include: Michael Grimm (winner of “America’s Got Talent”) audio CD – Keep Your Hat On; Dancing With the Stars paperback book; Family Feud Decades, Nintendo Wii game; Lee Dewyze (winner of “American Idol” Season 9) audio CD – Live it Up; Susan Boyle audio CD – The Gift; “Are You Smarter Than a Fifth Grader” Nintendo Wii game; Minute to Win It Nintendo Wii game; and newly released as of December 14th of this year, Crystal Bowersox (“American Idol” runner-up Season 9) audio CD- Farmer’s Daughter; Jackie Evancho (“America’s Got Talent” runner-up Season 5) CD/DVD titled O Holy Night released November 16, 2010. One cool thing for the CDs is that they are available for purchase or download!

One interesting gift idea we found is a Minute to Win it “stress banana”.

If you’re shopping for a movie fan this year, check-out some of the products below on some of the films that were released this year. Gift ideas featured below from the following films: Iron Man 2, Twilight Saga: Eclipse, Magamind, Cloudy With a Chance of Meatballs, Paranormal Activity 2, Tron: Legacy, Inception, Toy Story 3, and Avatar.