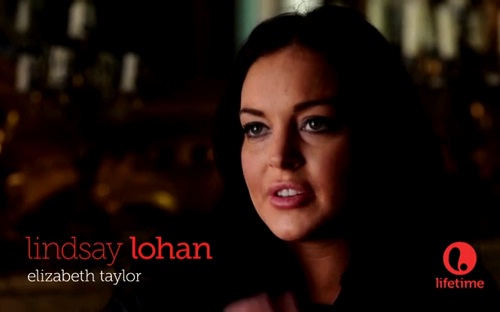 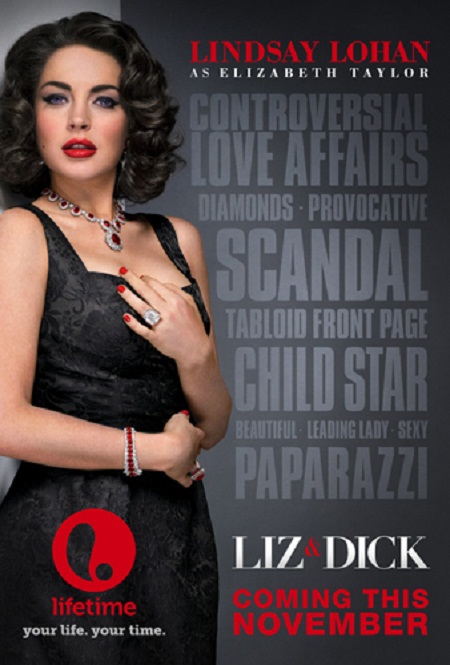 In her highly anticipated comeback movie role, Lindsay Lohan (Mean Girls) stars as the legendary dame Elizabeth Taylor alongside Grant Bowler (Defiance) as celebrated actor Richard Burton in the Lifetime Original Movie Liz & Dick, making its world premiere Sunday, November 25, at 9pm ET/PT on Lifetime. Based on the true story of the couple’s passionate and tumultuous love affair, the film is from executive producer Larry A. Thompson (Amish Grace) and was directed by Lloyd Kramer (Mitch Albom’s The Five People You Meet in Heaven) with a script by Christopher Monger (Temple Grandin).

For nearly a quarter of a century, Elizabeth Taylor and Richard Burton were Hollywood royalty and their fiery romance — often called “the marriage of the century” — was the most notorious, publicized and celebrated love affair of its day. Swarmed by paparazzi worldwide, their love affair was played out entirely in front of the media from the time they met on the set of the major motion picture Cleopatra, left their respective spouses, married and divorced, only to remarry and divorce once again. Despite their roller coaster romance for the public eye to see, Liz and Dick shared an undeniable love greater than most people could ever dream of.

Lindsay Lohan is one of the most recognizable faces in the world, having graced the covers of hundreds of magazines and been in films, television and commercials since she was a child. In addition to being an accomplished actress, Lohan is a sought-after model, fashion designer and singer. She has been photographed by some of the top photographers in the world, and has been featured in photo shoots for the most renowned fashion houses in the United States and Europe. Lohan captured America’s heart in her film debut, the Disney remake of The Parent Trap at age 11. Lohan went on to star in such box office hits as Mean Girls, Freaky Friday and Confessions of a Teenage Drama Queen. Her films during the past ten years have collectively grossed approximately $750 million.

Born in New Zealand and raised in Australia, Grant Bowler is a graduate of the esteemed Australian drama school NIDA, alongside other notable graduates, including Mel Gibson, Cate Blanchett and Sam Worthington. Well recognized for his role as ‘Coot,’ a biker werewolf on HBO’s True Blood, ‘Connor Owens’ on Ugly Betty and as ‘Captain Gault’ in the hit series Lost, Bowler also recently completed the four films: Atlas Shrugged, The Killer Elite, The City of Gardens and Remains. He is currently filming the upcoming series Defiance. Bowler’s Australian TV roles include the dramas Blue Heelers, Pacific Drive, All Saints, Something In The Air, as well as starring in the miniseries Through My Eyes. He’s also been seen in the widely viewed New Zealand crime drama Outrageous Fortune, for which he was nominated as Best Supporting Actor at the 2010 Qantas Film and Television Awards.

LIZ & DICK – Behind The Scenes