America – Howie’s Got Talent Too! OFF THEIR ROCKERS 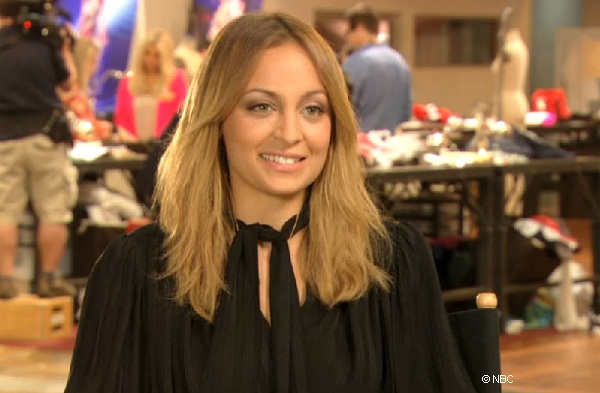 There’s a challenge each week in which mentors – John Varvatos, Nicole Richie, and Jessica Simpson advise them on. At the end of that week, the designers see how their fate will be sealed by, like last season, standing in front of the retailer buyers who are this year – Macys, Saks Fifth Avenue, and new buyer to the show, Express. It is the goal of the mentors to have their contestants really listen to the buyers feedback.

The reward is huge for a designer! The winner designer wins a castle collection – a multimillion ($3 million to be exact!) dollar contract with them.

Louise Roe (Host)
“In our first episode there’s a huge bidding war…the maximum that can be bid in an episode is $200,000.”
Louise Roe who has written for Vogue.com, Elle, InStyle, and Glamour says she loves interviewing people and is obsessed with fashion. What attracted her to “Fashion Star” is that instantly a huge retailer is selling your brand immediately.” It’s a cool marketing technique that she thinks is sure will catch-on but is glad that “Fashion Star” is doing it first.

Because this season is different in that everyone is on a team, that is building up a bit of rivalry. Roe said that there will be a maximum bid put-in this season of $200,000!

Jessica Simpson (Mentor)
“I get to develop personal relationships with my designers”
In working with the other mentors, Simpson said there’s a lot of amazing commendatory . “If we have a male design, I am definitely going to ask John Varvatos for his opinion.” Simpson said that in the fashions of the show, size doesn’t matter. You can buy a piece of clothing that will look good on you. This Spring its about the high-low hems, the color-blocking. “What women really want is to show-off their curves but in a tasteful way.”

John Varvatos  (Mentor)
“Buyers being the judge and jury….designers being the mentors”
Varvatos said about “Fashion Star” that there’s the “immediate gratification – you can buy these clothes that night after the show ends or the next day… that mix turns out to be something special.” Varvatos spoke about the changes in season two. “The second season will be unique in that they have broken off into teams of fours. The mentors will each have four designers beneath them.” He said that the eliminations of the designer contestants, however, still works the same. “a weekly competition will put the contestant designers in front of the buyers. If they get bought, they move-on to the next week. If they don’t get bought, they are up for elimination.”

More changes besides working in teams? Varvatos stated, “the level of talent has been completely raised here”. He said that some of the designers on the show this season are already being sold in stores.

The key ingredients that the buyers are looking for is – the winning designer needs to show that they can create a full collection by the time they get down to that final episode that buyers will want to spend $3 million on.

Nicole Richie (Mentor)
“Fashion is the ultimate form of self-expression”.
Richie said the that anthem of the show is “watch now, wear now.” As for the contestant designers this season, “we’ve handpicked our designers. Last year we were wearing ourselves a little thin”, she said of taking-on all of the designers to try and guide them. This season, the mentors are also physically closer to the buyers. Richie said, “we are looking at the designs together… from the same angle” in order to see who should move-on.