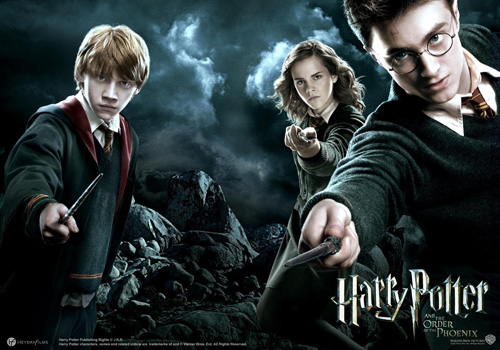 SPOILERS Contained in this Review!

The Last Battle with the Dark Lord!
The final chapter of this beloved series arrives in a bittersweet whirlwind of action and adventure. Director David Yates directed the past four Harry Potter movies and this last one is a fantastic accomplishment. Harry Potter (Daniel Radcliffe), Hermione Granger (Emma Watson), and Ron Weasley (Rupert Grint) continue the battle to search and destroy the horcruxes that allow the dark Lord Voldemort (Ralph Fiennes) to live forever. Voldemort’s increasing weakness is evident in the film, bringing light to the dimension of his character. Each horcrux that is destroyed causes him to get weaker. If you haven’t read the books, it is a surprise to learn what, or who, is actually a horcrux themselves. Harry, Hermione, and Ron must break into the goblin bank, Gringotts, with Hermione posing as Bellatrix Lestrange (Helena Bonham Carter). 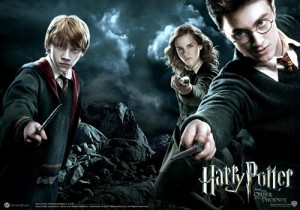 The imagery is amazing and the action will have you at the edge of your seats. As Harry, Hermione, and Ron battle to kill Voldemort and his army, the entire Wizarding World is in danger of becoming sinister and violent. Later in the film, Harry learns that Albus Dumbledore had kept a dark secret about Harry’s past and future, creating a hugely emotional moment in the movie. Former Death Eater, professor, and Hogwarts Headmaster, Severus Snape shows a very unexpected side of himself in the movie that will bring tears to your eyes. Awkward and simple young wizard Neville Longbottom (Matthew Lewis) plays a magnificent part in the film, condemning Voldemort and his actions just before the final fight scene.

While the film is very good, unfortunately there are a few negative points to address. The young actors and their characters have grown up on screen, and this last film shows a tangible lack of character depth. Additionally, while the battle between the good and evil is the main plot, the romance between Ron and Hermione is deficient and is nearly absent between Harry and Jenny, whereas in the books, it is more robust. The movie is full of death; several much loved characters are killed, however, they seem to exist in the movie to only tie up loose ends rather than creating the drama and pain that is present in the book. Lastly, several of the scenes are anticlimactic; particularly the end of the fight between Harry and Voldemort and after Harry breaks the Elder wand.

Viewed in IMAX 3D, the stunning visual effects created by the talented Tim Burke and the dark action created by David Yates make this movie a must see. The showing was followed by a Q & A session with director David Yates, conducted by LA Times Geoff Boucher (Hero Complex).

“Harry Potter and the Deathly Hallows – Part 2” opens in theaters this Friday, July 15.