DEAL OR NO DEAL: Coming to Daytime Soon! 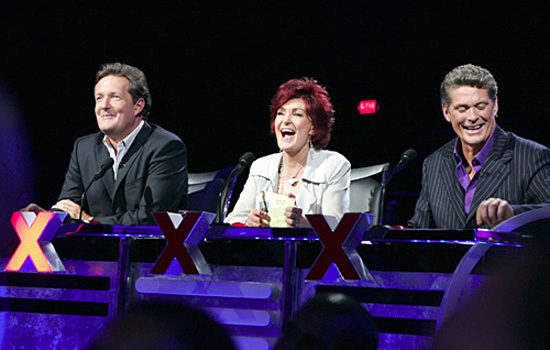 “America’s Got Talent” has been traveling recently to film it’s new slew of auditions for their new season on NBC. Their recent stop was in Los Angeles, Ca. As an attendee in the audience last year, I couldn’t wait to see how the judges would fair with each other this time around. Last year, a big meltdown occurred with show judges Sharon Osbourne and Piers Morgan that ended with Sharon walking-out during filming.

This year, things were a lot calmer, and not much time for the judges to really get into any heated disagreements. The total time of filming on the day I was there was about five to six hours.

However, some audience members said that they saw David Hasselhoff wobbling and all of the audience members witnessed him being pulled aside and talked to by producers of the show. This was BEFORE he jumped onto the stage and stood on top of one of the contestants while the contestant layed on top of a bed of nails as his talent act. See photo (taken by a cell phone camera). The audience gave him a standing ovation. 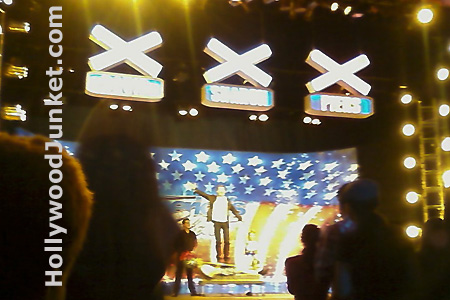 The judges were skeptical if the nails were even sharp. Hasselhoff tested it out. After he got off of the contestant, the contestant stood up and had red marks on his back.

Other acts included a family who played instruments together, a strange bird, puppet act, and the show ended with a dance group called “Zupperstars”. They were dressed in large blow-up costumes. The crowd loved them, and so did the judges. 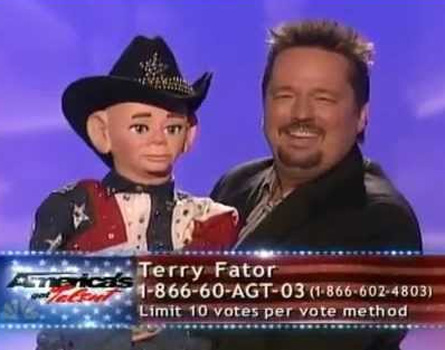 Word on the set is: “America’s Got Talent” judges saw an audition from a Ventriloquist that rivals the talent of Terry Fator, the Ventriloquist who won last season.