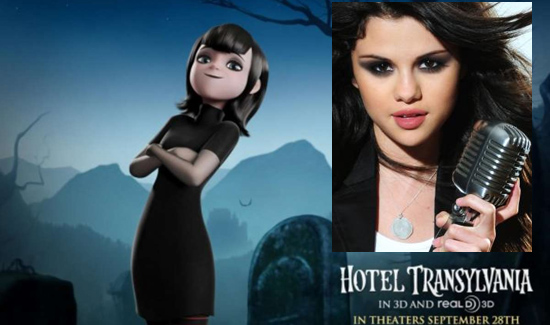 Sony Animation Studios’ “Hotel Transylvania” stars talented actress and music pop sensation Selena Gomez. Her recent role as the daughter of Dracula (played by Adam Sandler) proved to be a new challenge in which she quickly dove into. During a press conference, Gomez talks to reporters about how she acted-out the animated role of “Mavis”. 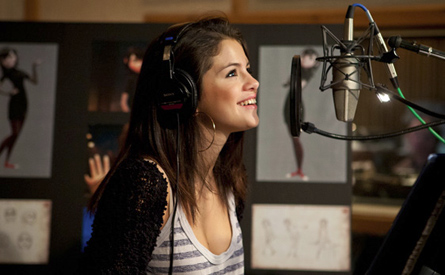 Producer of “Hotel Transylvania” Michelle Murdocca joined Gomez in the conversation regarding the “Mavis” character. Murdocca explained that Sony had scheduled four voice sessions for Selena to bring to life her cartoon character Mavis. “The first one was four hours. She (Selena) was there for three and a half with no break. She would not take a break. She is a workhorse. The second one, the same thing. So, it was a couple of three hour sessions that Selena just powers through”, said Murdocca of Gomez.

Gomez talks about the process in which actors undertake with voicing an animated character in which they must match their voices by watching the cartoon replay on a screen in front of them. Gomez explained, “I think that once I got in there, they asked me to take a break. But, I just wanted to stay in it. Because it is kind of hard being in that and you want to be part of the movie and you want to be feeling what they’re feeling. So watching it helps a lot. I didn’t necessarily act it out. I just watched in a way”.

Coming soon from; Sony Pictures Animation, Columbia Pictures, and Metro-Goldwyn-Mayer. Read HOLLYWOOD JUNKET’s Article “HOTEL TRANSYLVANIA- Selena Gomez as Dracula’s Daughter!” This film has not yet been rated. Opens in theaters in 3D and realD 3D on Friday, September 28, 2012.