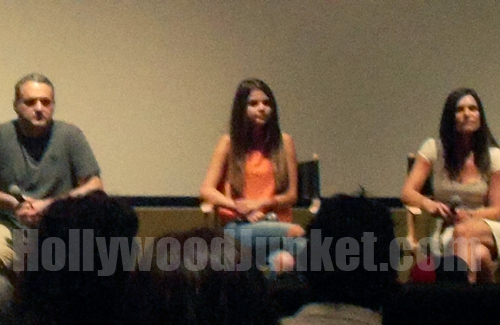 Star of “Hotel Transylvania” Selena Gomez talked to reporters at a recent press conference about her lastest role in the animated feature as Dracula’s daughter. Watch the video below:

Coming soon from; Sony Pictures Animation, Columbia Pictures, and Metro-Goldwyn-Mayer. This film has not yet been rated. Opens in theaters Friday, September 28, 2012.