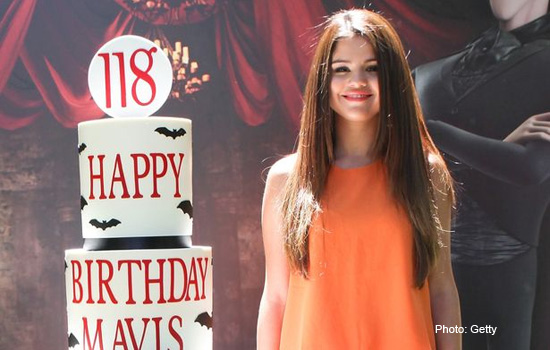 Actress and singer Selena Gomez celebrates her 20th birthday on Sunday, July 22nd. Earlier in June of this year, Gomez celebrated another birthday – her character Mavis’ birthday whom she voiced for the upcoming animated feature movie “Hotel Transylvania”. Her character in the movie is turning 118 years old and has an overbearing father – Dracula (voiced by Adam Sandler).

Director of the film Genndy Tartakovsky explained Gomez’s character’s premise in the movie. Dracula, voiced by Adam Sandler, built a hotel to protect her. For Mavis’ 118th birthday, Dracula promised her, after being cooped-up in the hotel for many years, that she could go out and see the world. She quickly plans to go to Hawaii. However, in order to sway Mavis to not like humans, he came up with the plan to fill the local village with zombies disguised as humans. This is his attempt to scare Mavis off from humans and to never want to travel again.

Selena Gomez talks about a haunted place that she visited for her birthday one year here: https://hollywoodjunket.com/hotel-transylvania-selena-gomez-as-draculas-daughter/