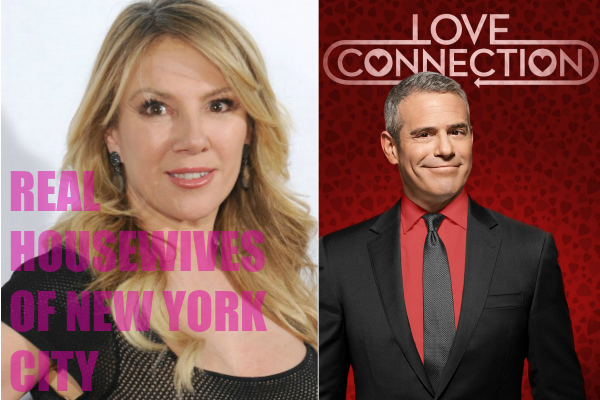 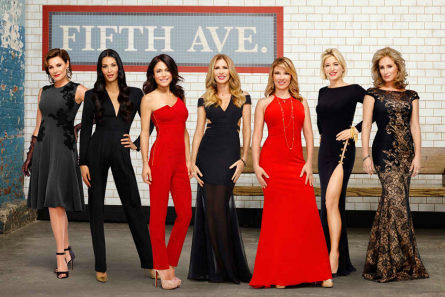 Ramona Singer from “The Real Housewives of New York City” will be joining Cohen on “The Love Connection” to find her a love interest in the Big Apple. The 60-year-old single, Singer was very open to the venture. Cohen, who co-executive produces “The Love Connection” with Mike Fleiss (“The Bachelor” franchise) stated that they took Singer out of her comfort zone.

The contestant daters recap each date in the studio in front of an audience, who casts their votes for the best match. The daters rate each other twice on a scale from 1 to 10 on attractiveness and personalities. If the dater contestant chooses the same date as the audience to go out with again (on an “overnight” date) then they win $10,000. If they chose someone different than the audience, then they can either go out with that person for the $10,000 or forgo the money to go out with their favorite dater.

During filming of the show, Cohen chatted freely with the studio audience in between takes and even let audience members ask him questions. He confirmed to one show attendee that his dressing room was “excessively” stocked with Whiskey.

Cohen, who sported a Ralph Lauren suit during the show, told the studio audience that he tried to get the rights for “Love Connection” when he was heading Bravo years ago. It was not to host, just to air it. Cohen stated, “for it to come back around this way is great.” 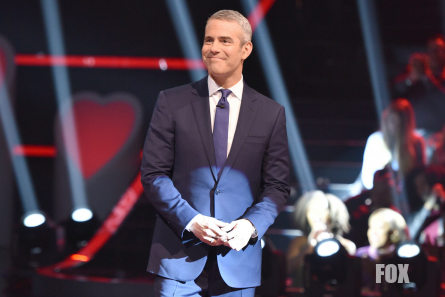 Cohen called Singer, whose nick-name is “Singer stinger”, a “tough New York city customer.” The show took her out of the box and matched her up with guys she never would have met in New York.

Her suitors were all very different. First there was Mark who is obsessed with wrestling. Next, Kenneth is a 51-year-old retired fire-fighter. Last, Richard who is 55-years-old and was a sports caster for 15 years.

Cohen called her the toughest housewife of New York and on many occasions she’s terrified him! Cohen said Singer was the only Housewife that came on the “Love Connection”. He also said Singer is the only one that anyone would recognize. Though, as viewers will see, none of her daters knew who she was.

Mark said he wasn’t impressed by Ramona and didn’t like how she was dressed (she wore jeans and sneakers). In fact, he said he liked how she looked on the show than how she looked on their date. Mark’s first impression of Singer was that he didn’t expect her to be the age that she was. Singer called him “not very sophisticated.” He said she had a black eye during the date which brought-down the score he gave her for first impression looks. She said it was a small bruise. He took her to “a chain restaurant” – The Olive Garden. This did not go over very well with Singer as viewers will see. The show gives $300 to each date for expenses.

Kenneth took her to a winery. Cohen said “let the adventure begin.” He loved her flirty side. When they rated each other’s looks, he gave her an eight. She rated him a nine. He described her as really down-to-Earth and approachable. He also said that he wouldn’t have thought her to be a celebrity. She said Kenneth was not very established. She told Cohen that she needs someone who is on the same page. When rating each other’s personalities, they gave each other tens. 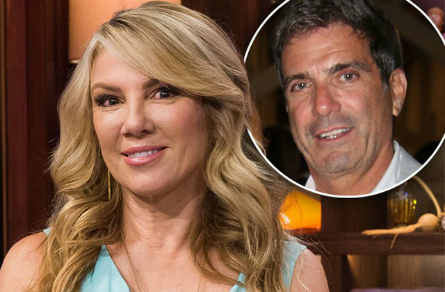 Date number three’s name was Rich. Cohen immediately pointed-out that he reminds him of Ramona’s ex. She said he’s gorgeous. More gorgeous than her ex. His love for his children, she said is very important.

He said she was beautiful and engaging. Easy to talk to. He didn’t know that she is on the ‘Housewives and she never told him. Their personalities rating to each other were both scores of 10.

Between takes, Singer told Cohen that guys 10-15 years younger than her would approach her in New York. But, guys in their 50’s are perfect for her. 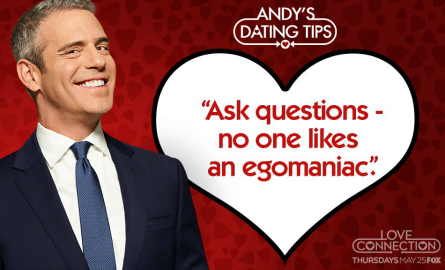 Cohen told the studio audience that Ramona doesn’t “give it up” and that she’s flirty. Cohen told Singer that he’s getting emotional because “I think we made a love connection.” Would you see yourself with him? Singer answered “time will tell.”

Singer played for a charity called “Joyful Heart” for Domestic Abuse which would get the $10,000 prize money if she chooses the same date as the audience chose for her.

Viewers can watch to see if Ramona Singer will find “rejection or affection” on “Love Connection” when her episode airs on Thursday, July 13 on FOX.