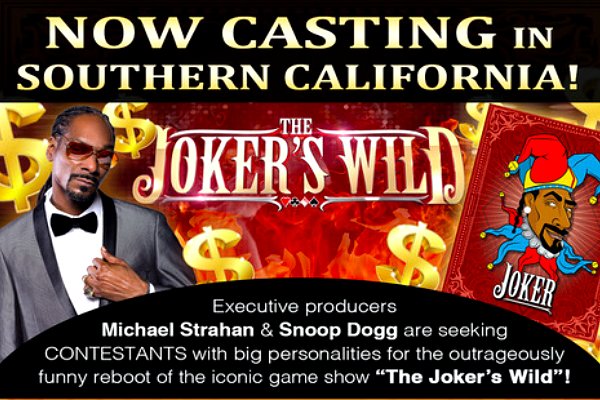 Cara Casting is taking applications for the game show that will be filming in Southern California. We are guessing that since the game show is being produced by Sony Pictures Television, it will most likely take place on the Sony Lot where “Jeopardy” and “The Wheel of Fortune” are also filmed. 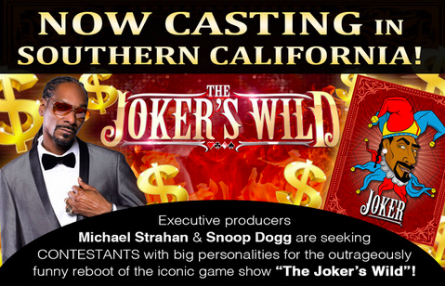 According to a casting flyer for “The Joker’s Wild”, Cara Casting is looking for “outgoing, uber competitive contestants to have a blast and compete for a CASH PRIZE answering questions about pop culture, current events, and some history!”

The flyer also specifically addresses “California residents”. The show is definitely scheduled to shoot in Southern California. Whether or not the show is willing to fly contestants out, is not stated.

The link to apply is as follows:
https://caracasting.formstack.com/forms/jokerswild

If you have trouble with the form, please email info@caracasting.com

In a TBS press release, Snoop Dogg was quoted “I’m a huge fan of game shows and The Joker’s Wild was my favorite show growing up.” He also added, “It always matched the flavor and personality of Snoop Dogg! Me and the Snoopadelic team are excited to bring back the show and put my own personal touch on it. Get ready ya’ll, it’s gonna be a wild ride!”

According to the press release, Snoop Dogg, who is not only hosting, but also executive producing along side Michael Strahan (“Good Morning America” co-host and “$100,00 Pyramid” host) will give the half-hour game show a “comedic edge”.

Other executive producers on board are from both Strahan’s “$100,000 Pyramid” and Snoop Dogg’s “Martha & Snoop’s Potluck Dinner Party,” as well as Snoop Dogg’s own Snoopadelic Films. TBS plans to launch “The Joker’s Wild” later this year. 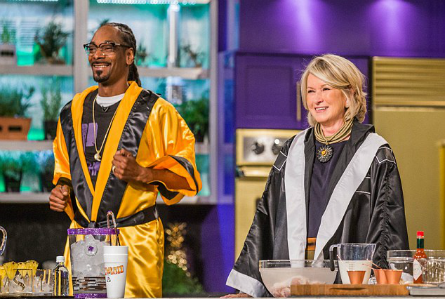 “When you hear the words ‘game show host,’ Snoop Dogg probably isn’t the first name to pop into your head,” said Michael Bloom, senior vice president of unscripted series and specials for TNT and TBS. “But it turns out he is a great fit that brings passion to this game show with a laid-back vibe to the casino-inspired craziness surrounding him. This is a labor of love for Snoop Dogg and Michael Strahan, and a perfect addition to TBS’s comedy lineup.”

The original “The Joker’s Wild” aired from the 1970’s into the mid-1980’s, hosted by Jack Barry, then Bill Cullen. The show returned from 1990 to 1991 where Pat Finn took over as host. TBS plans to set Snoop’s Joker’s Wild in his very own casino. The traditional show’s slot machine will be the set’s only backdrop and entertaining mini-games will replace the straight trivia questions. Giant dice, playing cards, streetwise questions and problem solving, not just book smarts, rule the floor with all the action is controlled by the one and only Snoop D-O Double G.