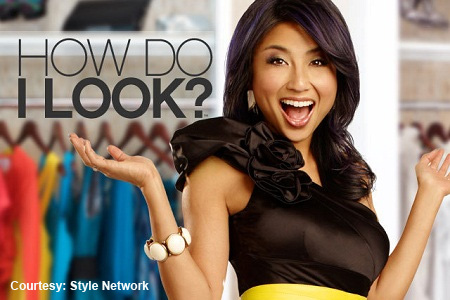 EXCLUSIVE! Set Report! Spoilers!
In a recently taped episode of syndicated medical talk show “The Doctors”, STYLE network host of “How Do I Look”, Jeannie Mai visited the show to give her tips on beauty makeovers in an episode titled “Beauty Bowl” set to air February 3rd Super Bowl weekend.

Mai also brought along hair stylist guru Ken Paves. Together, they made-over a women who went-in with gray, frizzy hair and came out as a silky blonde! Some important tips that Mai gave was by shaping the eyebrows and filling them-in to appear heavy and full can add years to your look. Eye lashes were heavily emphasized by Mai. She said most women make the mistake of being too rough with their eye makeup remover and end-up loosing eye lashes. Also, using an eye lash curler that is sticky with make-up can also pull-out eyelashes making them thin. One trick is to use an oil-based makeup remover to get rid of water-proof mascara said Mai.

“The Doctors” show host doctor regulars for this episode included: Dr. Lisa, Dr. Stork, Dr. Ordon, and Dr.Sears. Some of their beauty tips included putting potato skins and sour cream into a blender and putting it onto your face for a mask. “I have used almost everything that is good for you to eat is also good to use on your skin” said Ordon. Another tip he gave was to place slices of avocado onto the eyes. 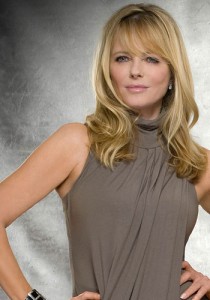 Special guest on the show was Cheryl Tiegs who promoted her upcoming appearance on reality competition show “The Celebrity Apprentice”. She also endorsed a special Cactus juice that she drinks daily. She along with Dr. Stork recommended balancing yourself on one-foot to strengthen overall balance, and burn calories. Tiegs said that she is proof that looks are not all just in the genes. But, is dependent on her healthy life style and the path in “the fork in the road” that she chose to take.

In this episode, the panel of Doctors also wore red and did an interview with a reporter from the show’s Washington affiliate about an unscripted show that they recently shot.

“How Do I Look?” air Mondays 10/9c on STYLE network, and “The Celebrity Apprentice” premieres on NBC February 12.