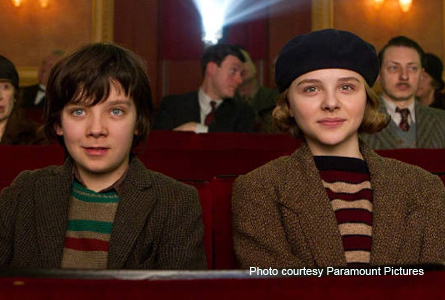 In another trailer released from Paramount Pictures on “Hugo” the latest film by director Martin Scorsese. Not just any film, his first 3D movie will open in theaters November 23rd in time for the Thanksgiving holiday.

The film, a period piece- which Scorsese does so well (Good Fellas, The Age of Innocence, The Departed, The Aviator, Gangs of New York, Casino) set in the 1930s in Paris about an orphan, Hugo Cabret, who lives in the walls of a train station and gets caught-up in a mystery “involving his late father and automaton” according the film’s description. Watch the sneak-peek trailer below that shows the adventure of Hugo in finding his father: