HUGO: The Making of a 3D Classic- Review! 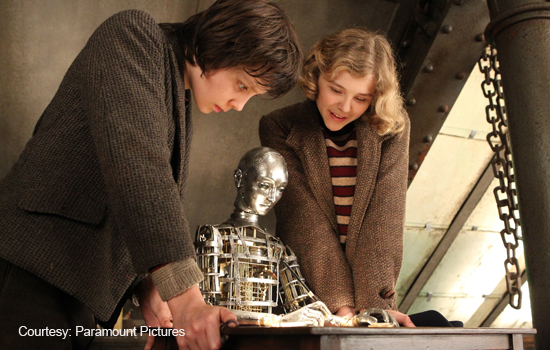 HUGO: A Film makers’ Film!
Director Martin Scorsese has delivered the ultimate tribute to film making in HUGO from Paramount Pictures. The story dives into the real life of pioneer silent film maker Georges Melies (Sir Ben Kingsley) who made films between the years 1896 to 1913. “Hugo” is the name of a young orphaned boy (Asa Butterfield) in Paris, France in 1931 living inside a train station’s clock and crosses paths with Melies who now works at a toy shop inside the train station when he catches Hugo stealing.

Hugo’s quest to discover a message from his deceased father (played by Jude Law), who was a clock repairman, lies in a mystery left behind in the workings of his Dad’s greatest project – a mechanical doll, or “automata”. Through his journey, Hugo enlists the help of Melies’ adopted daughter Isabelle (Chloe Grace Moretz) The operation of the automata leads Hugo and Isabelle to uncover another mystery, this one with Papa Georges whom they soon find out is a great film maker now in hiding.

It couldn’t be more appropriate that legendary film maker Martin Scorsese re-awakens the beauty in the art of film making with “Hugo” to remind us of how it all got started with a tribute to the re-invention of film making in 3D. A technology first for Scorsese. 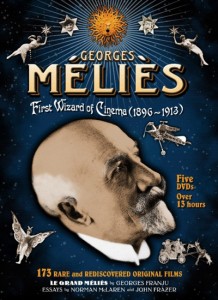 The visuals of the movie and brown sepia tones along with the 3D effect makes it look like a combination of typical Scorsese style but at times with the 3D it also looks like a beautiful pop-up book. There are many strong human scenes in Hugo that are signature Scorsese. One particular scene was when Papa Georges caught Hugo and Isabelle snooping through his old movie drawings. In actor Kingsley’s hurt reaction, “I trusted you. You’re just cruel…just cruel” there viewers can see the Scorsese stamp in revealing of the character’s soul through the actor, the same style seen in “Good Fellas”, “Casino”, “The Age of Innocence” just to name a few.

The characters in the train station are ultimately connected to one another that all tie-back to the discovery of the message revealed in the automata. Their fight against being alone ultimately unites them all in the end. Even Hugo’s worst enemy, the station inspector, humorously played by Sacha Baron Cohen, who is constantly hunting him and other orphaned children to send to the orphanage find a common bond. 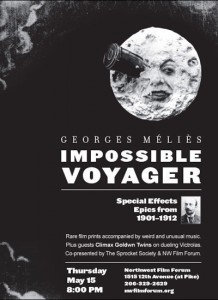 The most touching part of “Hugo” is the re-introduction of film and how it all started. At a time where technology has moved us so far along into the digital age, this movie is a much welcomed tribute to the pioneers of film making. A Montague of mile stones of early film included: silent film actress Clara Bow, 1903 film “The Great Train Robbery”, and Melies movie, “A Trip to the Moon”. No details were left out – the glass sets that were used to shoot-in in order to light with the sun, the hand-crank projectors, the old way of cutting and gluing film pieces together in editing, and hand-painting film before color film was invented! “Hugo” is a must-see for any lover of film!

Hugo’s dad said it best in his reaction after watching “A Trip to the Moon”, “it was like dreaming in the middle of the day”. “Hugo” defines the magic in film making and telling the story of what happens when people follow their dreams as well as the consequences it brings – good or bad.