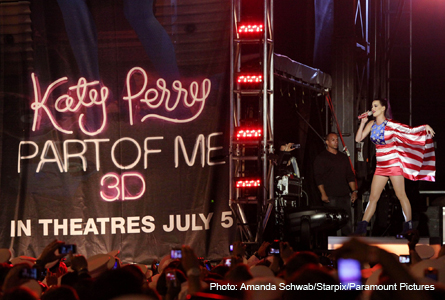 Katy Perry surprised fans inside a London theater at a recent screening of her new film titled “Katy Perry: Part of Me”. Watch video of her interacting with the mostly female fans and clips from the movie! 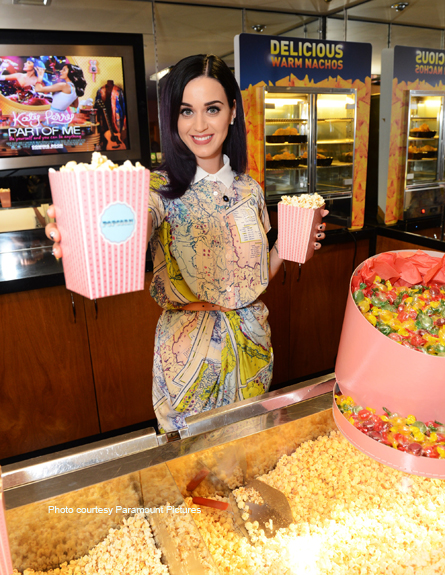 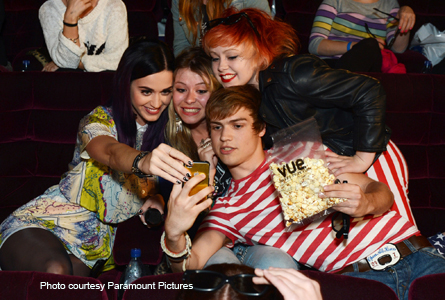 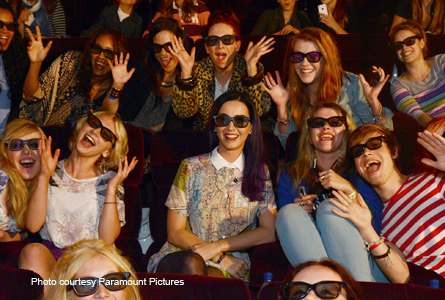 Katy Perry watches 'Part of Me' screening in 3D with fans.