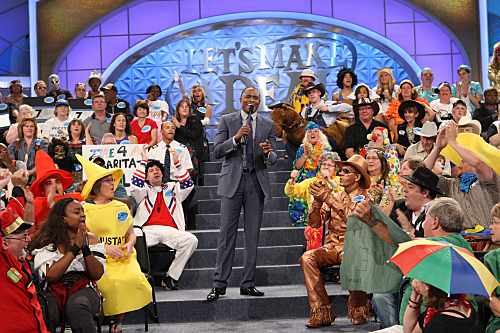 After filming almost a full season in sin-city Las Vegas, Nevada, the re-make of classic game show by the same name, “Let’s Make a Deal” will be switching locations to Los Angeles in March, where it originated. The pilot was shot at CBS Television City in Hollywood with host Wayne Brady who currently hosts the show.

The main reason “Let’s Make a Deal” is filmed in Las Vegas at The Tropicana may be due to the fact that Brady also performs a live comedy show called, “”Making %@it Up” at the same hotel. This show goes on hiatus in March.

Check back here with “Let’s Make a Deal” show updates!