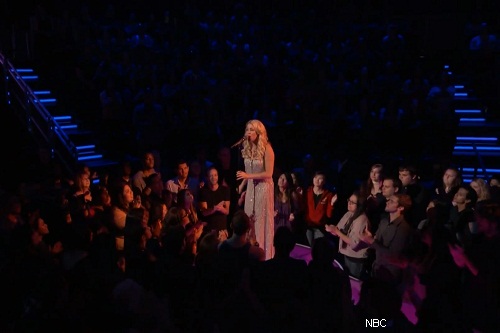 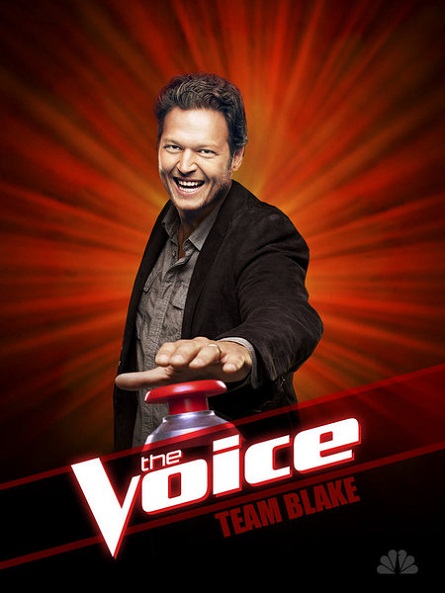 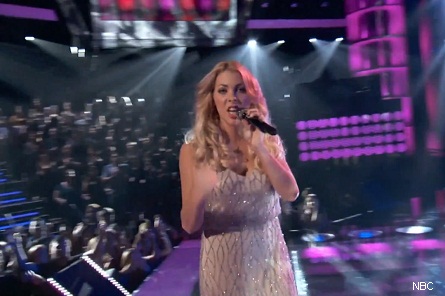 Before here performance, Blake gave Liz a pep talk, “Its been my goal to bring a country singer into the finals, Blake said of Liz Davis. Every one of your performances is hard, have to soften you up a little. Blake told Liz, McBride is such a powerhouse ballad. You’re hitting the notes during coaching. You’re the only country artist in the competition and that puts added pressure on us.”

After her performance, Liz said, “It felt really good.” Christina said, “You have such a strong solid voice. I’m glad you found such a great home on Blake’s team. It’s such a perfect match and such a perfect fit. Perfect time for that song. Very time appropriate.”

Cee Lo said, “I loved most the intro giving you the space to breathe and showcase your voice. It made me proud to be an American, at least I know I’m free.”

Blake said, “There’s a lot on the line tonight because America votes. You are the only country artist in the entire competition . I want to take one second and thank you for proving me right. Because now I know that you are the right country artist to bring into the live rounds. You did a great job.” 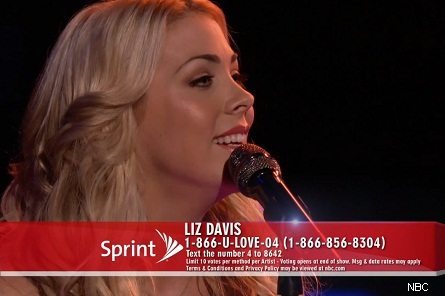