The Last Golden Buzzer of AMERICA’S GOT TALENT Season 17, Or Maybe Not!

It’s been 45 years since Elvis Presley’s death.  The re-telling of his life and times in director “Baz Luhrmann’s ELVIS” movie shown in a way someone might see their entire life flash before their eyes before passing.  In the two hours and 39 minutes of  ‘ELVIS, flashes of Elvis’ life are jam packed in from the time he is around seven years old discovering his roots in blues music in juke joints and gospel in churches, to his twilight years in Las Vegas.

For the hardcore Elvis fans, this movie serves as a nice refresher of facts about the King’s life we already know.  Maybe some lesser known facts revealed that are new as well.  It also serves as a very nice appreciation for his music, and stage performances.  Is it a concert?  Not really.  There’s a lot of backstory added into some of his most notable performances.  Those include:  The Steve Allen Show, ’68 Comeback Special, and his Vegas residency at the International hotel.  The name of the hotel was painfully ironic because of the fact that Elvis didn’t tour worldwide as he had wanted to.  The story behind that is also told in this movie.

What did the movie leave out?  Elvis’ Grand Ole Opry performance, and it brushed over the year Elvis was crowned the King of Rock and Roll.  His appearances on The Ed Sullivan Show, and The Milton Berle Show are also glossed over quickly. 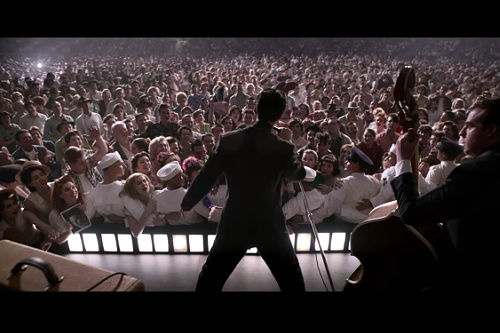 Some intimate parts of Elvis’ life were depicted which included his strong bond with his mother, the addiction he had to performing and receiving the love of adoring fans.  As well as a drug addiction, shown much later in the movie.

As a true fan of Elvis, the movie missed the mark by leaving-out intimate details such as why Elvis would color his hair black, the exact moment he met Priscilla (played well by Olivia DeJonge), why there was a Memphis Mafia, and I could go on.  But, then that would make the movie four hours long.  That’s another point.  The movie needed to slow-down, and take-in some significant points in Elvis’ life and dissect those more to get to the interior of Elvis rather than racing through his whole life at warp speed. 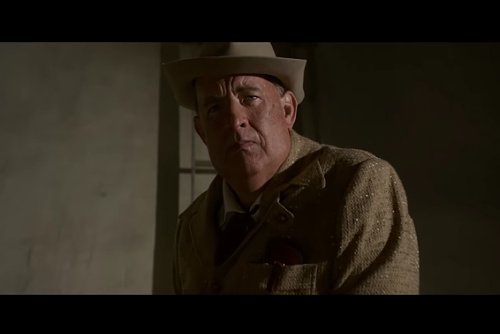 Then again, because the movie was mostly told in narration by his manager Colonel Tom Parker, maybe it was done this way to express how the Colonel viewed Elvis.  As the ultimate “greatest show on Earth” ( a “side show” he called him) and his personal cash cow whom he used to the fullest extent to his own benefit, not Elvis’.  Which makes it sad to realize that the biggest name in the history of music could have been even bigger. This is mind-blowing!

Sidenote: Apparently, according to Elvis’ only child Lisa Marie Presley, Baz Luhrmann has a 4-hour cut of the movie.  When do we get to see that?!

As for actor Austin Butler’s portrayal of Elvis Presley, he really becomes Elvis closer to the end of the film.  But, that’s an hour and a half in.  The comparisons of Elvis’ voice and speech to the actor’s is almost seamless.  In the performance scenes where the movie mix’s original footage of Elvis with the actors performance shots, you won’t be able to tell them apart.  For this, most likely Butler will receive an Oscar nod.  As well as Tom Hanks for his portrayal of the Colonel.

Having such huge shoes to fill, and no other actor has quite lived-up to the task, is quite a feat for Butler.  However, about half of the movie, it does feel like we’re watching an actor who’s playing dress-up for the most part in regards to his appearance.  Not until the end of the film does Butler do Elvis justice by perfectly encompassing Elvis in all his glory and extreme stage movements.  At times, “Elvis” combines original footage from newsreels of impactful events such as the assassinations of Martin Luther King, Bobby Kennedy, and the Charles Manson murders.  Actual footage of Elvis Presley is also thrown in which is a good comparison to Butler’s performance.

‘ELVIS the movie is more for the light-weight fans, non-fans who will become fans.  The hardcore fans will also enjoy it as a great homage to the King and an added bonus is you’ll get to sing along to some favorite songs.  Though other moviegoers may get annoyed!