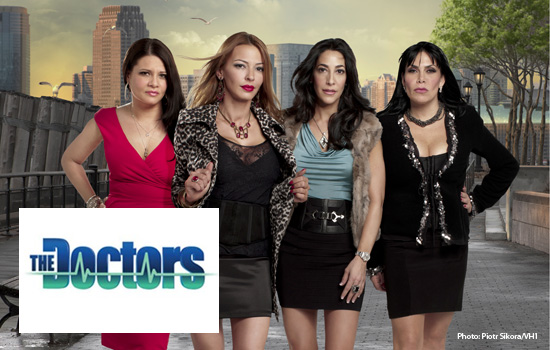 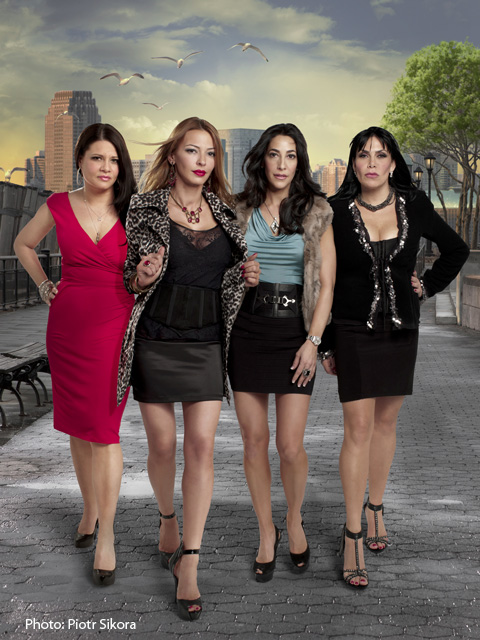 SET NEWS! EXCLUSIVE! Spoiler Alert!
A topic of strong interest on syndicated daytime talk and health show, “The Doctors” plastic surgery, had special reality show celebrity guest on from VH1’s “Mob Wives” Renee Graziano who talked about her own plastic surgery scare almost one year ago.

The episode segment filmed yesterday at the Paramount Studios lot in Hollywood, Ca at the end of the day. Graziano joined hosts and doctors of the show, Dr. Drew Ordon, Dr. Travis Stork, Dr. Lisa Masterson, and Dr. James Sears to talk about a recent elective surgery she had done that was suppose to only consist of a tummy tuck and fat transfer to her buttocks. The surgeon talked her into doing a full body lift. Graziano who, according to wikipedia.org, will be turning forty-four this year said she immediately regretted doing the surgery and wish she had just exercised more instead to reach her desired look. She admitted that on the day of her surgery she felt that something wasn’t right, but wen through with it anyway.

Graziano said that she wanted a flatter stomach and fuller buttocks which is why she considered the surgery. Her surgery took place in June 2011. She had gone to a board certified plastic surgeon and one whom her friend had also used. What happened on the surgery table was nightmarish. Graziano said she woke-up twice during the surgery. Once the surgery was complete, during her recovery period, she sat-up in bed and “split” her back open which resulted in her losing six pints of blood. Graziano said she was scared for her life and “could feel myself slipping away”.

Graziano’s current surgeon, Dr. Michael Fiorillo, joined her on “The Doctors” show to explain that what had happened is she had formed scar tissue on her lower back that turned into a bed sore. He had to fully clean it out before proceeding with her corrective plastic surgery which took 3-4 months. He also stated that patients “are demanding” these days and they want a quick fix.

“I was not getting the results that I wanted by working out” said Graziano. Her current surgeon said that he recommends to all of his patients who want to do this type of surgery to exercise as much as possible first and lose the weight. If your body doesn’t give you the results then talk about plastic surgery. He also said that a body lift should really be done only if a patient has lost a lot of weight and wants to get rid of any flabby skin left-over.

Currently, Graziano said she is still recovering and her focus now is just being able to sit comfortably and wanting to fully heal. Not the flat stomach and full buttocks anymore which led to the life-threatening mishap. In retrospect she said she just wish she had have worked-out at the gym a bit more.