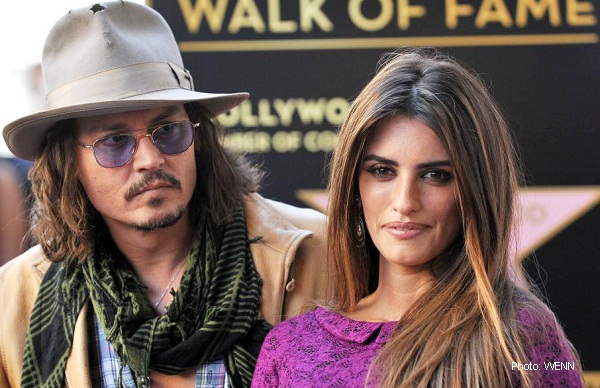 Spanish super star bombshell, Penelope Cruz received her star on the “Hollywood Walk of Fame” this weekend in the company of her good friend Johnny Depp who made a speech in her honor. As well as director of Pirates of the Caribbean Rob Marshall, while here husband Javier Bardem and son looked-on. 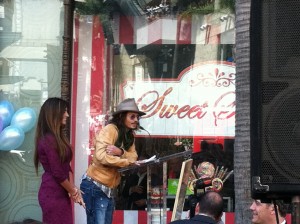 Depp who began his speech with “public speaking is not my forte”, described Cruz as an endless talent and as being the “Ricky to my Lucy”, as well as a “phenomenal Mommy”. Depp also recognized Cruz as the first Spanish actress to win the Academy Award – “I mean that’s really something” he said with admiration.

Depp and Cruz will return to their roles in the next Pirates of the Caribbean film – titled On Stranger Tides with a US release date of May 20, 2011.

Our “Hollywood Adventure” show was at the ceremony. Watch the video below:

Martinez has been the producer of this famous strip of sidewalk for more than 20 years. Martinez stated the following, “Step one is for a sponsor to fill out the required application and mail it to the Hollywood Chamber of Commerce, which runs the Walk of Fame. This task is usually left to the artist’s publicity team, though fans are welcome to submit nominations, too” provided they have the written consent of their idols’ representatives, that is. The candidate must be accomplished in the field of film, television, radio, theater, or recording artist. A committee then votes on the nominated entertainers.

When asked “out of all the of the celebrities you have dealt with in your long successful career who left the most impact and who was your favorite?” Ms. Martinez answered Ms. Sophia Loren. Because Loren was very professional, and easy-going said Martinez.

Other recent recipients to receive their stars on the ‘Walk of Fame are: actors Alec Baldwin on February 14, Adam Sandler on February 1, and conductor Zubin Mehta on March 1st.