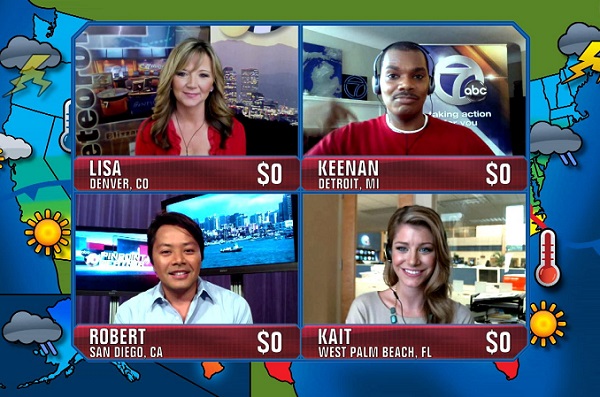 One question these Meteorologists were asked was: What did people in Seattle say is harder to avoid? A – Coffee Shops, or B – Rainy Days? 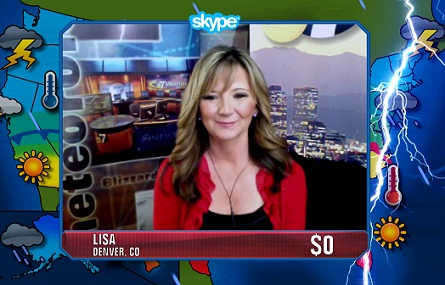 Lisa Hidalgo (Denver’s KMGH at 7 News) who will play for “Coats for Colorado” said this charity has been around since 1982 and has given out almost at 10 million coats in its thirty years of existence. Hidalgo said, “Hundreds of thousands of kids that come in and they give them coats. I want to give more coats to those kids.” She said since Seattle is kind of a coffee capital of the country, and “It’s always cloudy” there she answered – Coffee shops. 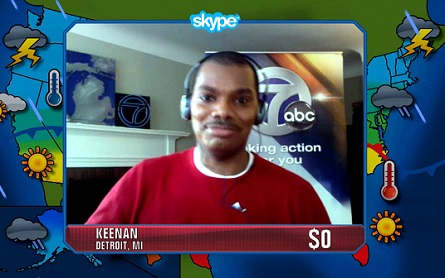 Keenan Smith (Detroit’s WXYZ 7 Action News) said he always has a map around somewhere. He has seventeen month old baby who had an organ transplant at seven month. He is playing for “Gift of Life MOTTEP (Minority Organ Tissue Transplant Education). “We’re just trying to get the word out for tens of thousands who are waiting to get an organ.” In regards to the question, Smith said, “I have been to Seattle, and there are coffee shops everywhere. There is probably a coffee shop within a coffee shop.” He answered – Coffee shops. 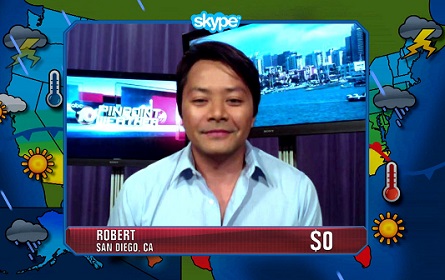 Robert Santos (San Diego’s KGTV 10 News) stated that there are “so many great charities in San Diego,” but he wanted to give back to Guam. He is playing for “Sanctuary Incorporated”. This sanctuary helps the youth of the Island. He said it “helps them with a safe haven so these kids don’t get into trouble and helps them help themselves.” He answered – Coffee shops. 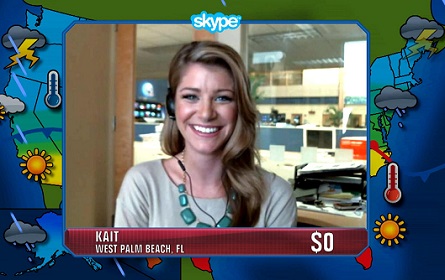 Kait Parker (West Palm Beach’s News Channel 5 & Fox 29) will play for “Big Dog Ranch” in South Ranch Florida. They take in dogs all over the country, and every breed. Parker said, “They take care of them and get them adopted.” Her answer was “with all the different maps you can use now, you can avoid a route with coffee shops. What you cant avoid is every time you walk outside, rainy days!” Her answer – Rainy days.

The correct answer has 68 percent of the vote. Other sample questions include: TV viewers said it’s most amusing to watch a reporter give an outdoor forecast in which weather condition? A – Wind, B- Rain, C – Sleet, D – Snow; What did parents of toddlers say their child is more afraid of? A- Thunder, B- Lightning

Tune in to find out the answers and see which meteorologist has the winning forecast on “Let’s Ask America,” on Thursday, April 25th. (visit http://www.letsaskamerica.tv/ for local listings)