1 VS 100: Premieres on GSN with Dancing Host Carrie Ann Inaba!

THE SING-OFF: Season Two Sneak-Peek of A Cappella Groups! 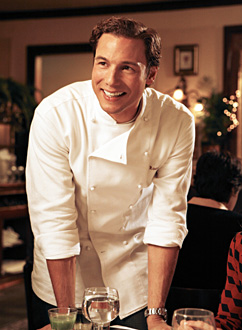 NEW YORK â€“ Bravo announced today the series pick up of â€œRoccoâ€™s Dinner Partyâ€ with celebrity chef Rocco DiSpirito. Casting for the series is currently underway, and production will begin in 2011. The announcement was made by Eli Lehrer, Vice President of Development, Bravo Media. 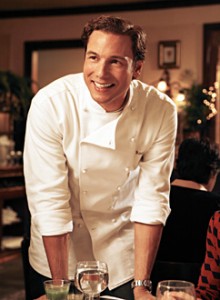 DiSpirito, a “Dancing with the Stars” alumni, had a past restaurant reality show on NBC produced by Mark Burnett called “the Restaurant”. It was an engaging show that followed DiSpirito’s real life financial plummet of his actual restaurant.

â€œRoccoâ€™s Dinner Partyâ€ will be a self-contained competition series where a group of four highly skilled chefs will compete to put together the perfect evening for DiSpirito and his hand-picked celebrity guests each week. These chefs hail from all walks of lives â€“ from restaurateurs to caterers to self-taught foodies â€“ and the winner of each episode will be awarded with a cash prize. The chefs will be challenged to invent an appetizing menu and then execute it to perfection. They will also have to set the table and the mood to create an ambience that makes the dinner party guests want to stick around. DiSpirito will judge.

Chefs who think they have the expertise, creativity and stamina to join the dinner party should email: casting@notional.com for more information.

The series will be produced by Bravo in partnership with Notional, an IAC company. Dave Noll, Chachi Senior and Christopher Stout are executive producers, with Dispirito as producer.