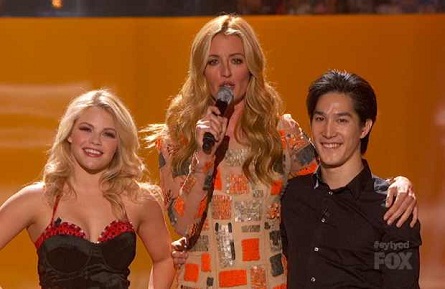 FOX’s reality competition dance show, “So You Think You Can Dance” said goodbye to another amazing duo. This week it was Witney Carson and Cole Horibe that exited the stage and now moving forward with future career plans as well as the “So You Think You Can Dance” tour in the Fall. HOLLYWOOD JUNKET joined the pair in a press conference phone call to get their comments on the show this season.

They said what they look forward to the most on tour is getting the chance to see Hawaii for Cole and Witney said “it will be cool to see the fans”.

What They Think About Tap:
Dancing on a show that throws different dance styles at its dancers with the luck of the draw always keeps them on their toes. The dance style that was the most difficult for Witney she said was Bollywood. Cole and Witney said they were both relieved that they did not pull tap dance while on the show. Witney said if she had have gotten tap, “I would get out of the competition right then. Tap is so hard.” Cole said, “I would freak out if I pulled tap. I don’t know the extent of tap but I imagine it’s very difficult.” 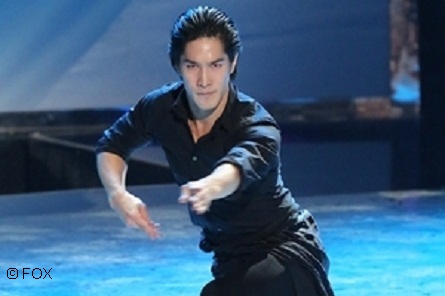 Future Career Plans:
Witney said that her future holds “just dancing. I love acting and singing. I’m excited to see what the future holds” She also said what her end result desire is,”If I could put a smile on someone’s face, that’s my goal.” Cole said that there’s one ultimate goal for him, “I’m planning a career in acting in possibly film or television. Acting -It’s been my goal since I was a child.”

Witney said, “they all deserve it. It’s hard to pick one person. They all worked so hard.” Cole said, “I’m rooting for my buddy Chehon. He’s a really good person. I think Cyrus is going to win because he’s never been in the bottom.” Witney agreed. 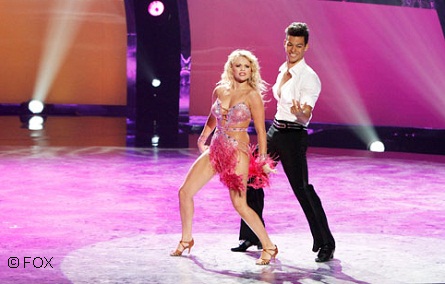 Daily Life on SYTYCD:
The very deserving dancers are rightfully so with the extremely exhausting schedule that they must endure in order to compete in SYTYCD. The dancers didn’t know what they were really in for until the show began,”the first episode was difficult because we had three routines to learn in a few days to do it. So your days are long rehearsal days and kind of put your body into shock,” said Cole. Witney commented, “I think the whole journey has been so hard especially because you’re dancing all day. Your days end at night.”

Nothing was more shocking for Cole than when he said he got onto the show. “I wasn’t expecting to make it on the show when I tried-out” he said. Witney said that for her the show was “so much harder than I thought it would be- mentally and physically. The overall experience was nothing like I thought it would be.” 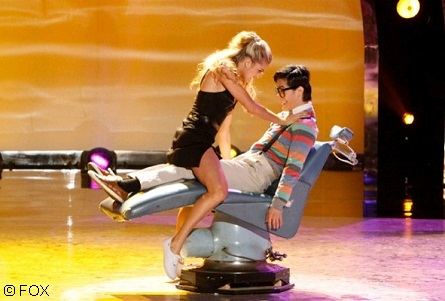 Cole (seated) in a dance number with Lindsay.

Favorite Dance Routine:
Cole said he favored choreographer Sonya for her dance routine. “It was an overall amazing experience working with Sonya. she inspires you to give two hundred percent of yourself in rehearsal. She instills confidence in you. She trusts you as an artist to give your own interpretation. That’s important.” Witney said her favorite was Stacey Tookey, “She is the sweetest person and she pushed me so hard. It was the most rewarding and trying.”

The All-Stars dancers that they wanted to work with but didn’t were: Witney said Twitch, and Cole said he would have also liked to have danced with Twitch, as well as with Kathryn McCormick.

Thoughts On The New Format:
Cole said that with the new format there were are pros and cons. “The pros are you sort of get two chances to redeem yourself. The following week, you have another performance that might save you. Some of the contestants thought it was stressful because the performance and results were combined. They were distracted on ‘what if I’m going home tonight?’ He said that for him, the new format was fine.

Witney said of the new format, “you want to be so happy to see them performing, but then they might be going home. I think it was better with the old format.” 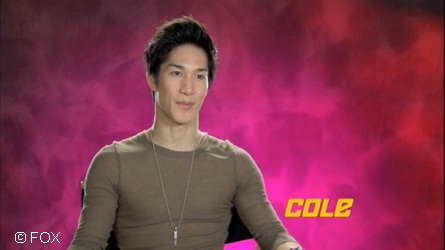 When they were asked how they feel about the rumors that it may be the last season for SYTYCD, they responded, “It’s such an amazing show. It provides public awareness of dancing. It gives dancers an opportunity for a promising career,” said Cole like him who hopes it will help him get his foot in the door of acting.

Cole said that the actors he would most like to work with are his two favorites,

Actors cole would like to work with – Michael Rosenbaum, who played Lex Luthor on “Smallville” and Johnny Depp (“Pirates of the Caribbean”). His all-time favorite musical is “West Side Story”.

“So You Think You Can Dance” airs Tuesdays at 8/7 c on FOX. The September 11 episode will feature the Top Four who will dance for America’s vote. The four remaining dancers are: Cyrus Spencer, Chehon Wespi-Tschopp, Eliana Girard and Tiffany Maher.