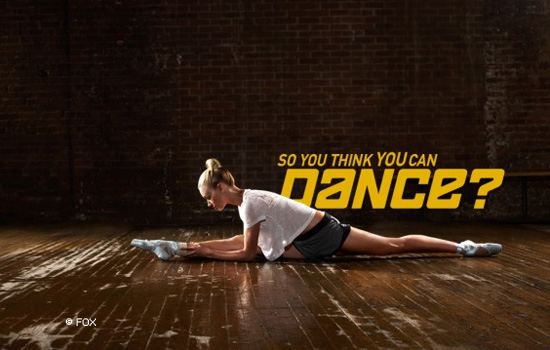 “So You Think You Can Dance” (SYTYCD), FOX‘s dance competition reality series for professional and non-professional dancers is heading into the show’s infamous “Vegas week” where only the strongest dancers will survive.

HOLLYWOOD JUNKET got the chance to talk to the Executive Producer of SYTYCD, Jeff Thacker, during the Los Angeles open call auditions for season nine.
Watch interviews with dancers who auditioned this year in Los Angeles below:

Thacker stated that “the biggest change of season nine is that we’ll be on once a week rather than two shows. The result show will be intermingled into the live show. It’s not something that we wanted to do, but FOX wanted to do.” The reason for that Thacker speculates is because this is the year of the Olympics, and the summer schedule is most definitely affected by it.

“It was a shock at first. We were thinking that we weren’t going to have a result show. But, now looking to see what we are going to, I think it’s going to be very exciting and very tension building,” said Thacker. Regarding the shows signature celebrity guest judges and who we might expect, Thacker said “we are going to have celebrity judges and were going to have very good celebrity judges.” This year, Thacker said that a lot of celebrities have approached them. He said that perhaps they will audition them because “not everyone can judge”, even though “everyone thinks that they can judge”. Thacker said it’s just not true.

The judges have to have some knowledge of dance performance. Whether you just like the show is not the best qualification you have. It’s important for any show to keep it’s brand, we have performed on Idol, but won’t be crossing-over people from “The Voice” or the “X Factor“.

When asked what type of dancers does he like to have on the show, Thacker said “you can walk this line now and there will be people that stand out for what ever reason. That’s what we look for. We look for those people that shine and hopefully become stars. We look for stars.”

We asked Thacker about Vegas and how does a dancer prepare for the brutal circumstances of the difficult and intense choreography that dancers face during the Vegas week. Thacker started by saying one word – “preparation.” Then went one to list: prepare yourself, go into training, you know what the show is, don’t be surprised by anything, be yourself, work as hard as you can. It’s going to be hard”.

“So You Think You Can Dance” airs Wednesdays at 8/7 c on FOX.