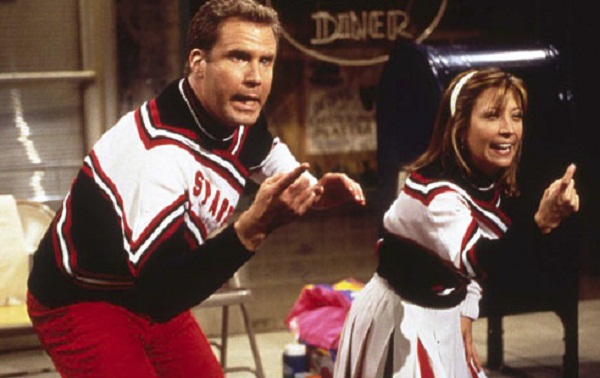 EXCLUSIVE Set Report!
Actor Donald Faison is the host of a new TBS hidden camera game show where the contestants are all celebrity comics. “Who Gets the Last Laugh” pits three well-known comedians against each other in every four-round episode.

Each contestant comes-up with their own hidden-camera scenario in which they direct and work behind-the-scenes to play off with the help of the show’s regular actors- Monica, Jake. Some pranks are played on random strangers, and others are well-planned-out. Each gag set-up is played on more than one victim (or the butt of the joke). One example of a candid prank was on several gas-station patrons whose credit card was held by the gas station attendant until after they were done pumping the gas. By the time they returned to pick-up their card, the attendant gave them a bill of $280 which came from a stranger (really Jake from the show) filling-up his camper. 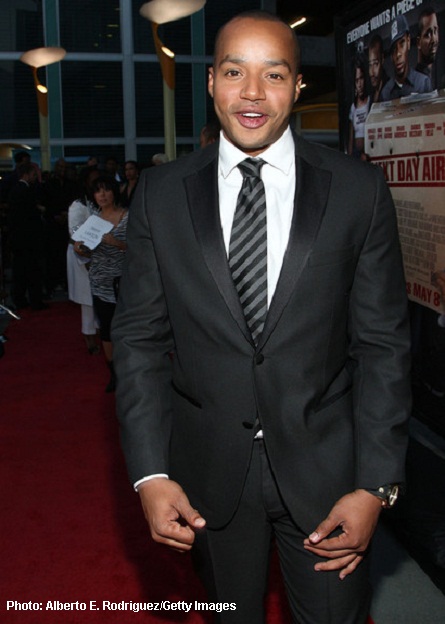 Host of “Who Gets the Last Laugh” Donald Faison

A more planned set-up was inside of an office with two office workers. The pretend boss (Jake again from the show) was caught in the act cheating on his wife. Another planned prank involved a fake hair stylist who brought-in real hair stylists assistants whom after shampooing a bride’s hair just minutes before her wedding, it turned blue!

The studio audience is told to pull out their phones to vote just before act four. The audience is not really voting via their cell phones. During the break, production staff brings-out paper ballots for the audience to choose their favorite practical joke. The highest votes wins the game. The comedian winner is given $10,000 to donate to their favorite charity.

Host Faison is overly friendly to audience memebers, but a very good host. He is likable and can easily relatable to the comeidians. One audience member asked Faison if he was still on “Scrubs”. His reaction was that he’s done two shows (Who Gets The Last Laugh included) since the time that “Scrubs” has been off of the air. During down time, the recently married Faison constantly looked for pretty girls in the audience to flirt with and he even ended-up kicking one male audience member out. This audience member was escorted out be three of Faison’s own personal security/posse after the audience member (jokingly) challenged Faison to a fight in the parking lot.

“Who Gets the Last Laugh” is scheduled to premiere on TBS in February.