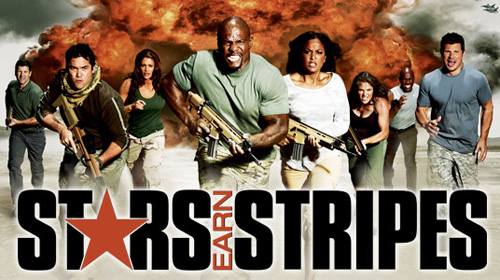 A new reality series, “Stars Earn Stripes”, which caused the recent announcement of Sharon Osbourne stepping-down from “America’s Got Talent” because the show fired her son Jack, dares to push celebrities to war-type missions in support of various life-saving themed charities. In a recent preview video by NBC, executive producers, hosts, celebrities and trainers talk about being on the new reality show. 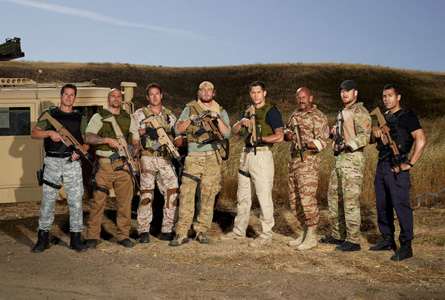 Celebrities talk about being on “Stars Earn Stripes” in video player below: 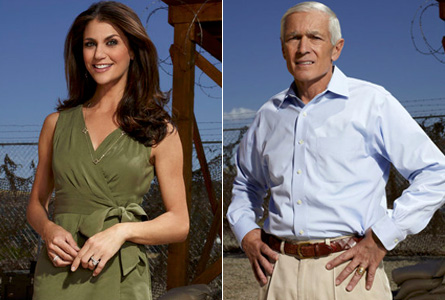 Hosts are General Wesley Clark, who is a four-star General, and Samantha Harris (Entertainment Tonight). The military trainers for this series are: Chris Kyle (US. Navy Seal), J.W. Cortes (U.S.M.C./N.Y. Police), Grady Powell (U.S. Army Green Beret), all, who producer Wolf says are as interesting to watch as the celebrities. After one challenge, Chris Kyle stated that Palin is like God walking on mud, and said “forget about Chuck Norris, send in Todd Palin”. 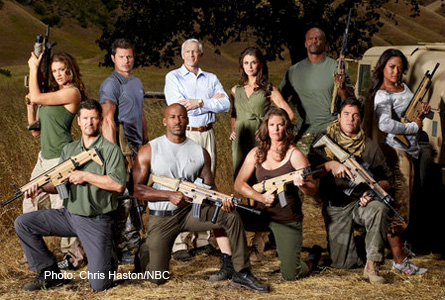 Burnett says overall, the story is the connection of two people that make-up a team- celebrity and trainer. “This is a love song to the people that keep us safe” says Wolf is the show’s dedication.