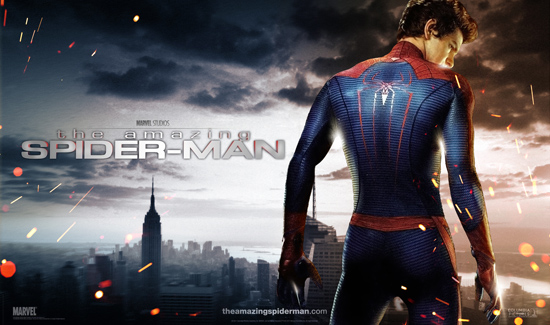 Dr. Parker is a research scientist at Oscorp and he has made an incredible and dangerous discovery he must conceal from his co-worker Dr. Curt Connors and the entire Oscorp company. With nowhere left to turn Dr. Parker and his wife must leave their son, four year old Peter with his Aunt May and Uncle Ben. Just before fleeing New York City to escape Oscorp, Dr. Parker leaves one other thing behind for safe keeping with May and Ben, his briefcase which is not only of get sentimental value but also contains the very secret Dr. Parker is hiding to save the world from inexplicable horrors.

Some thirteen years later Peter is an awkward teenager, acting uncomfortable around girls, getting beaten up by the jocks, and a little on the geeky side with his retro film camera he carries everywhere. May and Ben have done a fine job raising their nephew, however, Peter still longs to learn the truth of his parent’s disappearance until one day while clearing out the basement Peter finds his father’s briefcase and the secret within. Peter heads to Oscorp to find more clues about his parents, but what Peter actually finds are three things that will change his life forever; Gwen (Peter’s crush) is an intern at Oscorp, Dr. Connors is still researching the work he started with Dr. Parker, and a room full of exotic spiders (spoiler alert Peter gets bitten).

Dr. Connors’ motivation to complete this research is fueled by his desire to regrown his missing arm. Peter offered his father’s secret equation to Dr. Connors, not realizing the consequences of his actions. This is a lesson sorely learned after the murder of a loved family member and all of New York City is endangered. Acting out in anger Peter seeks vengeance and searches the city high and low for the killer. Apprehending many criminals along the way and saving the lives of many New Yorkers as well. While the people have branded Spider-man a hero the authorities have declared him a vigilantly who must be stopped at all costs. In an ironic twist Gwen is the daughter of NYC Police Officer Captain Stacy, for Peter this makes meeting his girlfriend’s parents into an extremely uncomfortable situation.

Meanwhile Dr. Connors has begun experimenting on himself and while he does manage to regrow his arm, the lizard DNA he used has mutated him into a monster. A monster with a plan to contaminate the air using a biological weapon to turn all the people of New York into giant lizard creatures.

NOW NYC’s most wanted must not only save the day, but must also convince the police that he is not the enemy. In the end can Spider-man (a teenage boy) really do it? just maybe with a little unexpected help, when some New Yorkers he saved return the favor.

The summer of 2012 certainly has a bonanza of blockbusters and we are in the thick of it now! So why should “THE AMAZING SPIDER-MAN” be on your must see in theaters list? Something besides the fact that you have been a fan all your life? OK so we all know the Spider-Man story, however, “THE AMAZING SPIDER-MAN” is a “reboot” of the original, Kind of like J.J.’s STAR TREK. In fact I saw some evidence of this move taking place in an alternate reality for example when Peter uses Bing to search the internet instead of Google? Not in this world. This movie was surprisingly funny, has some of the most realistic 3D I have seen, and I can’t wait to see it again.

Ask the magic eight ball will there be a sequel, all signs point to yes, as does the bonus scene during the credits, so don’t get up too fast!

For anyone needing a quick brush-up on Superhero history check out this video from the Syfy Channel’s “blastr- Spider-Man + 6 More Great Sci-Fi Characters Born in Tragedy!”

and ENJOY THE SHOW!