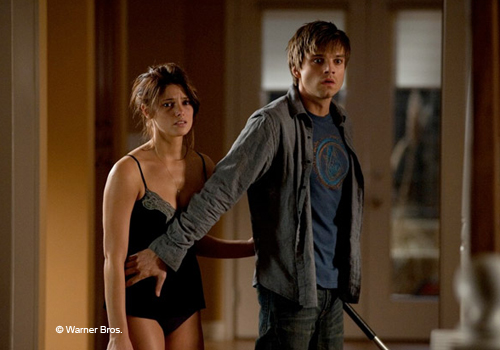 Based on a true story of a young attractive couple who are haunted by a supernatual force after conducting a college experiment, “The Apparition” stars Ashley Green from The Twilight Saga films, Tom Felton (Harry Potter films), Sebastian Stan (Captain America The First Avenger) and Luke Pasqualino (Skins).

During a recent Warner Bros. studio movie junket, Ashley Green was asked what scares her and if she’s every had any personal supernatural experiences happen in her own life.

Green stated that the thing that scares her is the unknown and not knowing what will happen in the future. She admits to mistaking an earthquake for a supernatural experience when two glasses and a plate broke inside of her armoire. On the topic of if fear is powerful – Ashley said “yes, I think fear is a powerful thing and it stops people from doing a lot of things.”

Green said if she was living in a haunted house she would not stay to try and fix it, “If my house was haunted I would definitely get out. I like to think that I’m a strong person but Kelly’s a little bit braver than I am.” She also said that the alienation of shooting the film in Berlin helped. 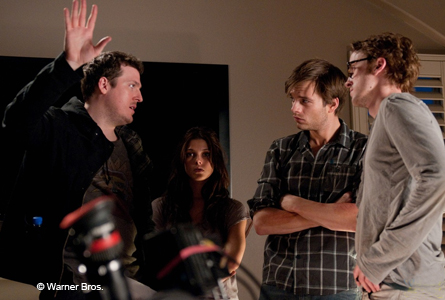