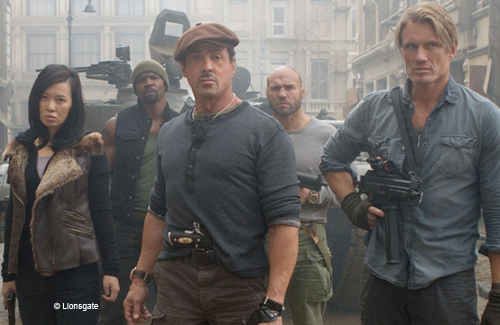 Some of Hollywood’s most prolific names in the action film genre have gathered, for some a second time, to star in a reuniting of action film stars to pull off some of the best fighting sequences in the history of film making to create “The Expendables 2”. 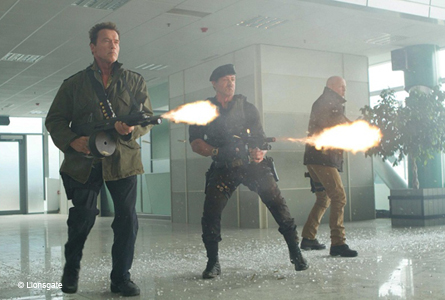 Stars of the film came out to Hollywood Blvd. where the film had it’s Los Angeles premiere at the Graumen’s Chinese Theater on the red carpet where they talked to reporters.

Arnold Schwarzenegger said about fans from the first film, “People were really looking forward to The ‘Expendables 2’. I think the word of mouth has gone around now that it’s a great movie. It’s a huge opening. The first 20 minutes I’ve never seen action like that ever in any movie. To see all action movie heroes all doing their thing, it’s like ten James Bonds running around in there and creating the biggest action you can imagine.” Schwarzenegger said of Slyvester Stallone, who was one of writers and stars, “He really tailored it to each one of the talent and he used a lot of comic relief which is also very important.” 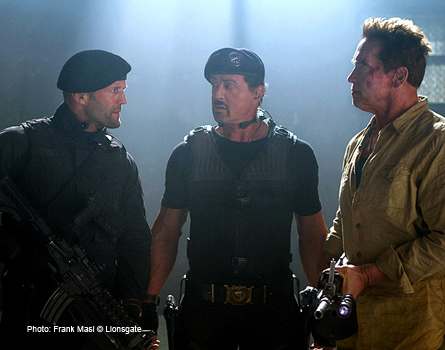 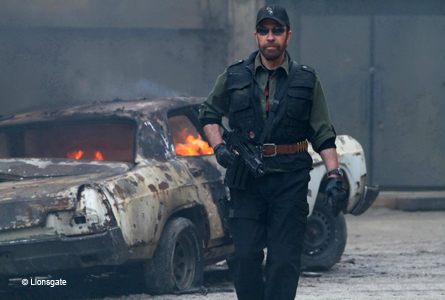 Chuck Norris in “The Expendables 2”

Dolph Lundgren and Chuck Norris both said that it was great to be part of the legend action heroes cast. For Norris, he stated that he has known many of the actors for thirty years and was a treat to reunite with them in “The Expendables 2”.