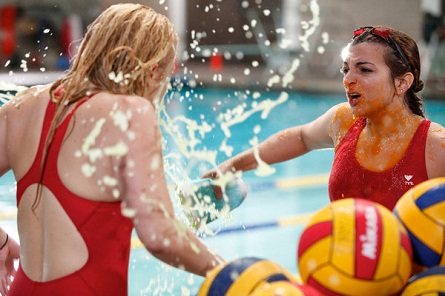 NEW YORK – July 11, 2012 – As the competition intensifies, the remaining nine hopefuls face their fears on an all-new episode of Oxygen’s “The Glee Project.” Joined by the fierce and motivating Jane Lynch (“Glee’s” Sue Sylvester), the contenders are challenged during “Fearlessness” week with slushies, swimsuits and stimulating song selections. After performing the 90’s rap-classic “Now That We Found Love” by Heavy D & The Boyz for the homework assignment, the contenders hit the pool for a mash-up music video of Pat Benatar’s “Hit Me With Your Best Shot” mixed with Blondie’s “One Way Or Another.” During the shoot, Ali requested to be included in the slushie fight, regardless of her limitations and Lily Mae exemplified her confidence despite being in a swimsuit. Both shined as MVP’s of the week, but others struggled to overcome their fears. Nellie continued to lack confidence while Charlie failed to stand out in the group and Aylin lacked focus. All three were asked to perform last chance performances for Ryan Murphy. 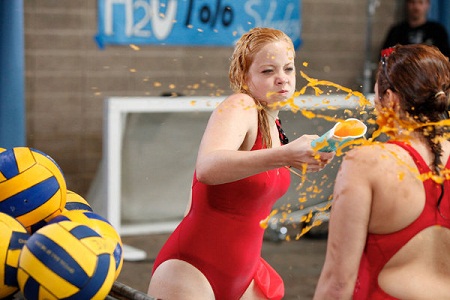 Following an energetic rendition of Tom Jones’s “It’s Not Unusual,” Charlie Lubeck (22) of Chicago, Illinois was not called back. Throughout his run on “The Glee Project,” Charlie performed impressive numbers including his last chance performance of Coldplay’s “Fix You” during “Vulnerability” week. For that performance, Charlie took a risk by changing the musical arrangement and left Ryan Murphy impressed. Unfortunately, his creativity was not enough and he was sent home.

Charlie holds a Bachelor of Fine Arts in acting from the University of Illinois at Urbana-Champaign and has been performing as an actor and singer for 15 years. He was diagnosed with severe ADHD and low-spectral autism, which has affected many social aspects of his life. Through it all, Charlie continues to be a versatile performer with strong support from family and friends. He originally auditioned for “The Glee Project” at the New York City open casting call. 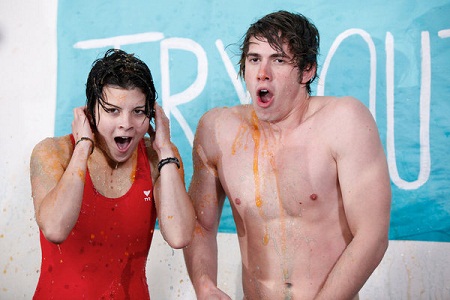 Next week on Tuesday, July 17th, Grant Gustin (“Glee’s” Sebastian Smythe) helps kick-off the “Theatricality” theme as the contenders step it up with a performance of “I Hope I Get It” from the musical “A Chorus Line.” Read HOLLYWOOD JUNKET’s article THE GLEE PROJECT Special Guests Dianna Agron and Grant Gustin. Catch up with THE GLEE PROJECT anytime on HuluPlus! – Start Your 1-Week Free Trial